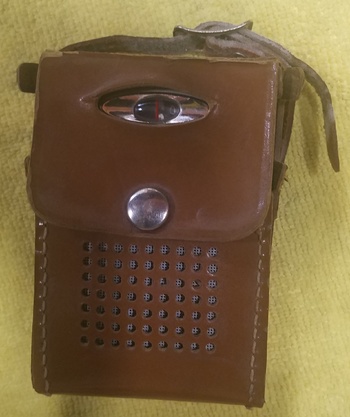 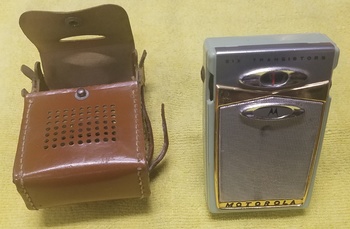 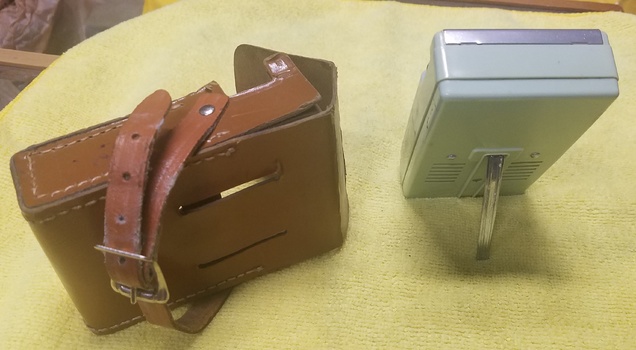 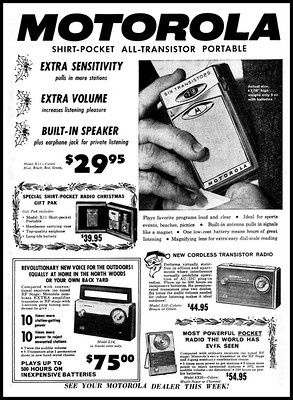 Had this thing since I was a kid. I always loved how cool it was. Looks like something Captain Kirk would have carried on the Starship Enterprise.

The leather case has a carrying handle as well as a belt buckle hole. It's like an early Walkman!

The ad is from a December 1959 newspaper.

The model number indicates the case color - X11B = Blue, X11E = Black, X11G = Green and X11R = Red. This radio, made by the Tokai Company, was the first Motorola transistor radio to be made in Japan. 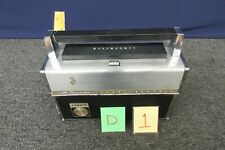 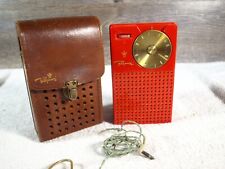 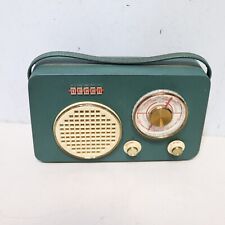