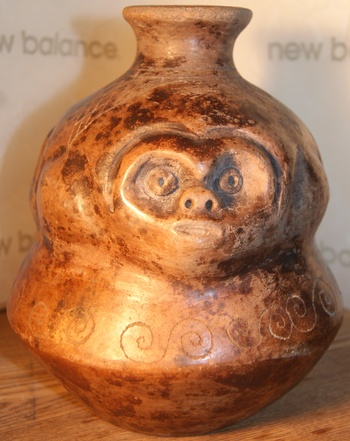 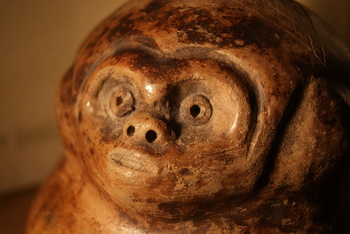 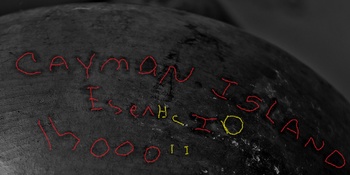 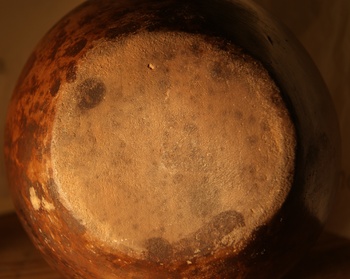 This Vase i couldn't pass up it was $2.99 at Goodwill In Salina KS. Really Odd to find a piece like this from the Islands. It had some writing on it not a stamp but handwritten and it looks like how Museums or archaeologist write on the piece it’s self back in the early days. It has Cayman Islands and some other writing on the bottom half. And it has what looks like “20001 I doubt it’s a date maybe a inventory # IDK It’s about 8” high by 6 or 7” in Dia depending on which face to measure from. Some are more pointed outwards It weigh 787.5 Grams or 27.78 Oz I had looked up 3 face/head monkey vase. And nothing really came up unlike the 3 monkeys see no evil hear no evil speak no evil fellows. I then looked up Cayman Islands pottery/stoneware And Tourist pottery / stoneware also and some come up but nothing like this except for Museum PCS. I then looked up counterfeits’ & reproductions and nada. The main reason why I bought it was because you don’t see many items like this from the Cayman Islands they were observed in 1503 by Columbus and later by Sir Francis Drake in 1586 and before that the Natives were raided by the Spanish in 1669 and Archaeological studies of Grand Cayman have found no evidence that humans occupied the islands prior to the sixteenth century. So was this made by the Natives then The Islands there were often used by Pirates I Guess the same for today for offshore accounts. So what’s your thought on this you all any Idea Thanks Austin