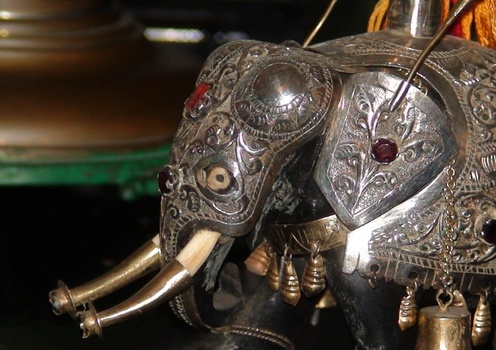 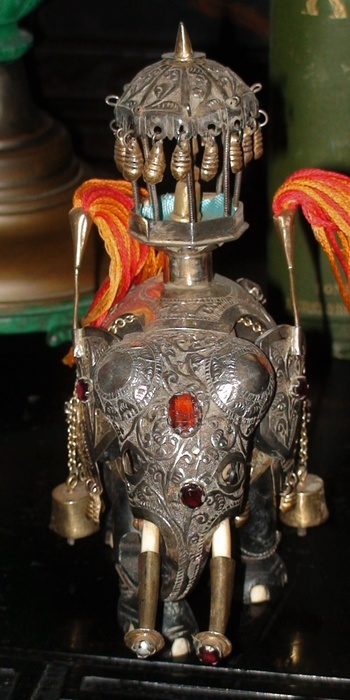 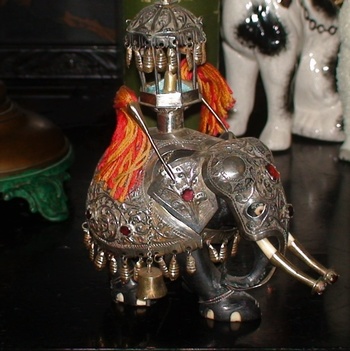 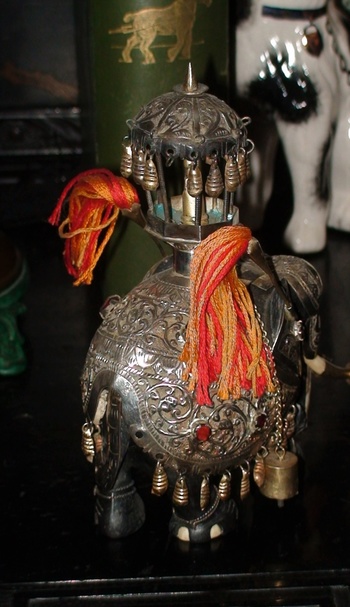 Kandy, Sri Lankan Sterling w/ Gems & Ivory Elephant. Depicting a carved ebony wooden elephant covered w/ sterling and multi colored precious gems and ivory tusks and toe nails. This elephant is clothed for the Kandy Perahera Festival in Kandy, Sri Lanka. The “Dalada Esala Perahera” is believed to have begun when the Sacred Tooth Relic of the Lord Buddha was brought to Sri Lanka from India during the 4th Century AD. There are fire-dances, Kandian dances and many cultural activities but the highlight of the parade is the long line of beautifully dressed elephants. During the pageant, the Sacred Tooth relic casket is placed on the back of the lead elephant that must, by tradition, be an elephant with tusks. This lead elephant is called the “Castle Tusker”. Buddhist monks watch over the relic at the Temple of the Sacred Tooth on the grounds of the Royal Palace. Up until 1815 when Ceylon had a royal family, the Sacred Tooth Relic and Castle Tuskers were also symbols of royalty.