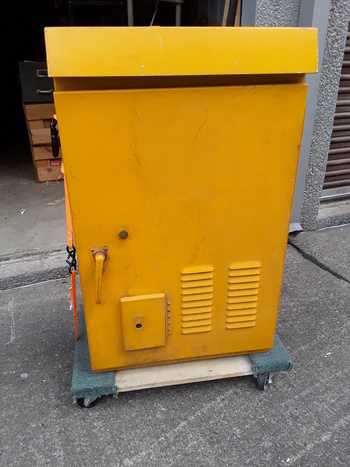 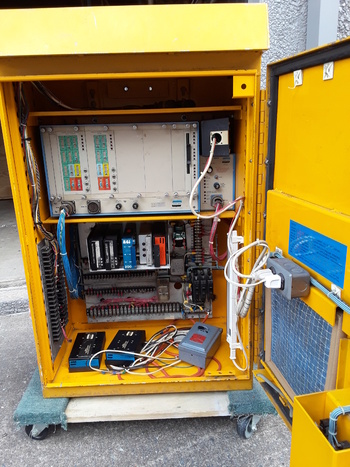 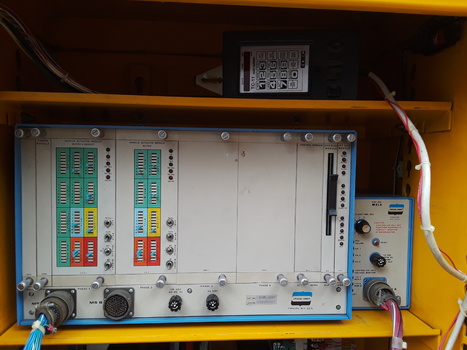 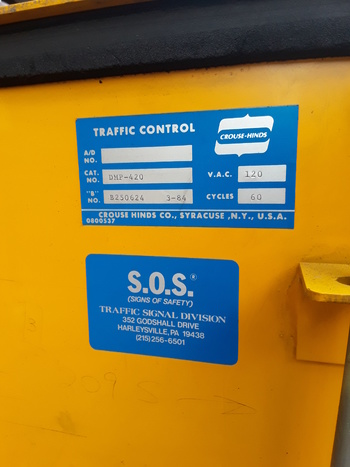 Here's another item from my 'traffic control department'... ;-) ...I use the term 'vintage' because most of this equipment is basically 1980's (or before) technology, though it isn't impossible at all that similar blinkie-boxes are still out wild in the world faithfully running intersections. I believe this particular box once served someplace in Ohio, but am not certain of that.

Pic 1 shows the heavy duty yellow painted aluminum enclosure cabinet as it would appear sitting on a streetcorner, pic 2 shows it with the door open to reveal the stuff inside, pic 3 is a closeup of the controller (timer) unit itself that ultimately makes everything else 'go', and pic 4 is the maker's labels inside the door showing its manufacturer's names and what I believe is a "3 - 84" date stamp.

Most of the electronic equipment was made by the CROUSE-HINDS Company of Syracuse, NY, a long time supplier of an incredibly wide variety of high quality industrial and electrical equipment. The controller itself is their model DM-400, one of a series of similar machines made for different complexities of the traffic patterns they operated. Under its shelf in the cabinet are several plug-in modules called "loadswitches" that are essentially the physical relays that turn all the light bulbs on and off when the controller tells 'em to, the smaller box to its RH side is a thing called a "conflict monitor" which is a safety device designed to prevent any accidental situation that might try to show 'main street' and 'side street' the green GO light at the same time. (which would definitely *not* be a good thing?!) There's also a much newer digital timeclock sideways above the controller in there and a few extra bits and parts of things as well as the wiring that connects it all together, the actual wiring to the traffic signals themselves would come in/out the bottom of the cabinet connecting to rows of terminal screws under the loadswitches.

This entire cabinet came to me ~10 years ago now from a fellow traffic signal collector who himself had obtained it from whatever municipal authority had replaced it then deemed it surplus. I consider myself rather lucky to have the complete unit myself, given that is decidedly difficult (but *not* impossible, as it proves?!) for random private citizens (me!) to ever get hold of such things...one really usually *does* need to "know somebody" somewhere... ;-) ;-) ;-)

OH -- and for the record. It is shown here on a dolly destined for a little time in my storage locker, but rest assured everything here still works 100% -- I have had it running but don't yet have space for it in this house...however, it WILL eventually become the first (only?) full cabinet in here making lights blink again... ;-) ;-) :-) :-) :-) 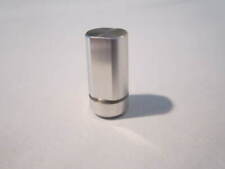 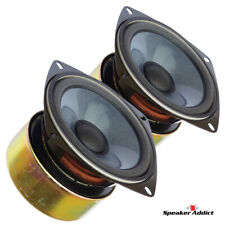