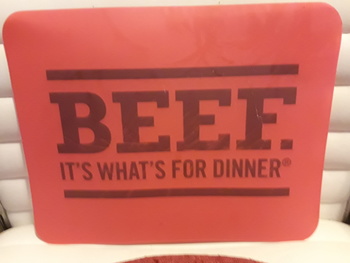 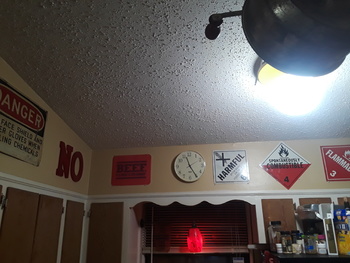 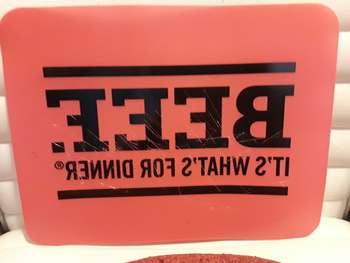 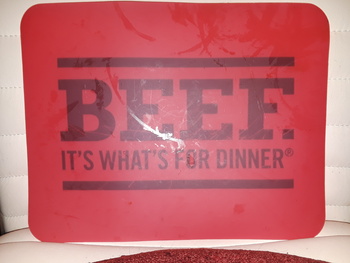 IT'S WHAT'S FOR DINNER.

This could have been intended to be a placemat, it's about the right size for that at 10" x 13", if it was intended to be a protector/cutting mat on the kitchen counter (which it looks like the last owner used it for, anyway) it wasn't really heavy enough plastic to do that job all that well, as evidenced by the knife scratches mostly on its shiny side (pic 2) which is actually its back side -- the matte-finished side up is how it reads properly.

I'm gonna try to clean it a little better (some weird roundish shiny marks didn't come off with a damp rag) or maybe not -- one way or the other it is just destined to get added to the kitchen wall decor, since it is RED after all... ;-) ;-) :-) :-)

It can't be all that old, the 'BEEF. ITS WHAT'S FOR DINNER' ad campaigns seem to have started in 1993 or so and might still continue today...? 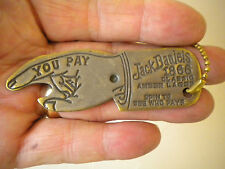 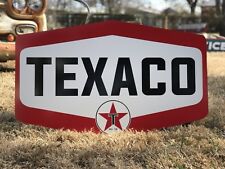