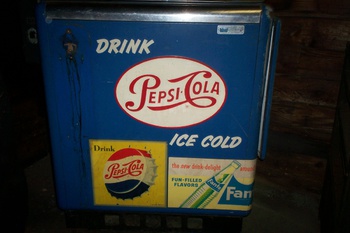 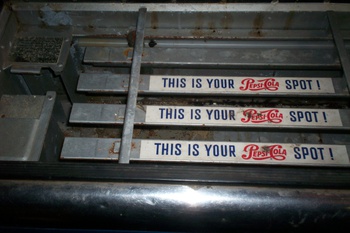 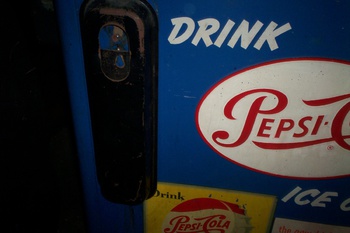 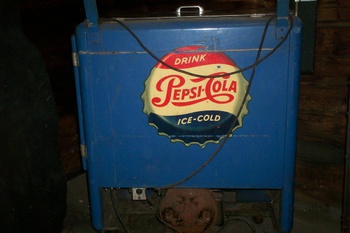 This Pepsi Machine has been in my family since the early 1950's. It originally sat outside the service station my Grandfather owned in Chicago. After selling the station in 1960, the machine was used at his house until about 1969, when it was put in the garage for good. After my Grandmother passed in 1986, I finally took possession of this machine. I had planned to restore it, but never got around to it. It looks today exactly the way it looked when put in storage 42 years ago. I've tried to find info about it, but all I know is that it is a model A-55, by the Ideal Dispensing Co. of Bloomington Ill. The Pepsi logo on the front is embossed. All other logos are either painted or decals, including the Fanta sign on the lower right front. There is even a bottle of Fanta Lemon-Lime soda, dated '58, still in the machine from back in the day. The inside bottle racks, bottle opener,& bottle cap catcher are in good condition. I still have the original keys & crank, to open the filler door.

Replica REPLACEMENT KEY for the Ast...
$10

Replica REPLACEMENT KEY for the Ast...
$10
See all