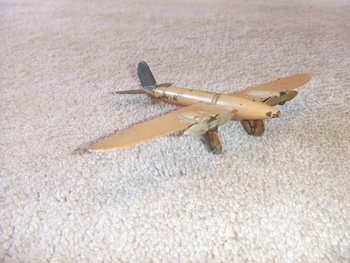 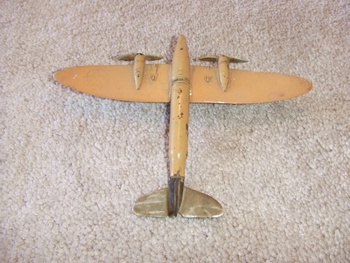 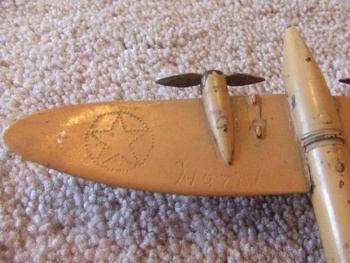 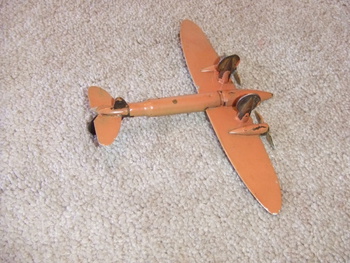 This trench art model is a C47 Skytrain or C53 Skytrooper-- the standard jump aircraft of the US Airborne during WW2.

This particular model has a bullet fuselage (5" long) and scrap brass wings with a 6 1/2" wingspan. The wheels are made from Australian three pence coins with dates of 1942 and 1943, so this was a Pacific theater made piece.

The wing tops are engraved with the US star symbol along with the name "Hazel Lidholm"-- probably the original recipient and wife or girlfriend to a soldier. One wing bottom has the year "1944" engraved on it.

I have never seen another C47 or C53 as a trench art form. It was probably made for a pilot or crew member since most soldiers would want the sexier P-38 as a souvenir.

The paint is old, but probably an addition many years after the war.