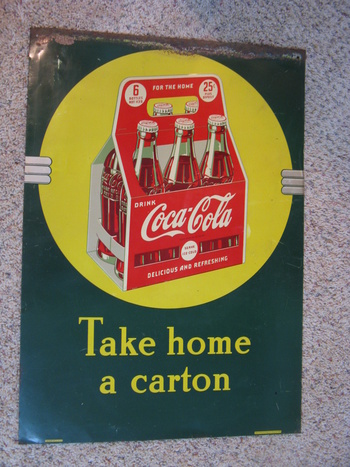 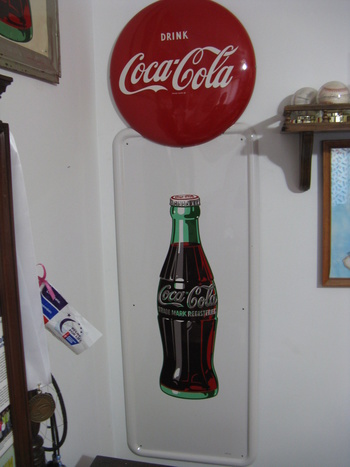 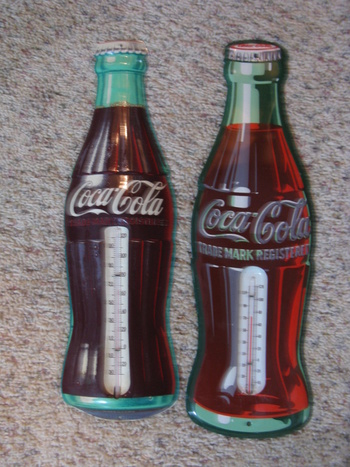 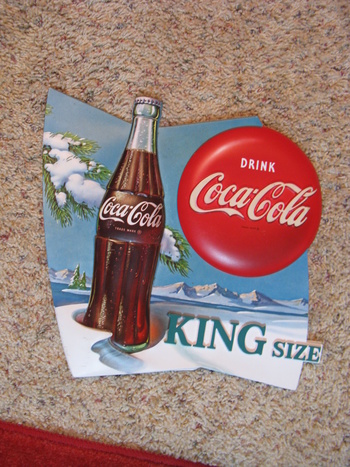 I want to my first auction last weekend to buy Coca Cola items and was able to get a couple things. The things I got at that auction are the 1955 flat bottle thermometer in the third pic and plastic sign in pic four. Most of the other stuff went way to high in price at the auction. The first picture is a sign I got on ebay that is from 1940. Also got the Robertson thermometer in pic three from ebay I don't know what year this was made. I bought this thermometer to replace the other one I had like it that was in a little bit rougher shape. The second pic is of another 1954 pilaster sign with the button and original bracket I was able to pick up from a collector. I think I'm addictive to collecting Coca Cola signs along with other Coca Cola items now.