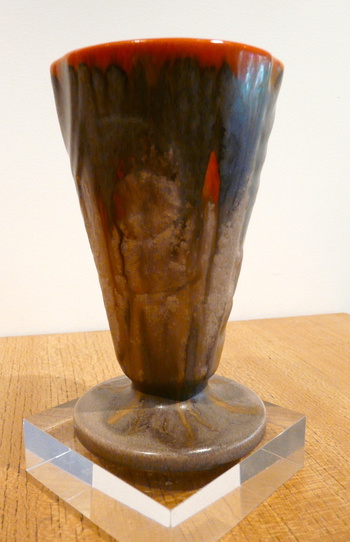 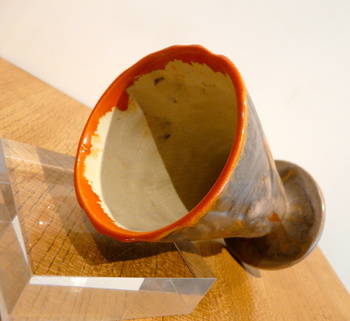 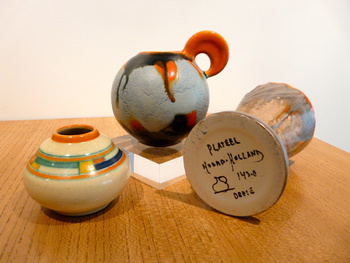 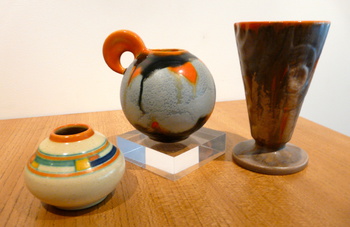 A vase from the north of Holland. This orange and brown glazed vase is model 143 C which unusually has a Nord Holland Plateel mark. It was designed C.J.Gellings who did some amazing designs for the Kennemerland Pottery in the early 1930's. The same design was done in clear and matt black; on those versions the moulded deco design is clearer. The mark on the bottom dates it to the period 1933-1939.
With the Depression in the early thirties many decorators were put off. Decoration was kept to a minimum. In Dutch the term for these wares is: "Crisisgoed". At the same time the design of the wares became paramount. Other factories did similar wares by notable designers: Willem Stuurman & J. Leen Muller & Frans van Katwijk.

The last photograph shows this vase with two others that I have on CW. The one on the left by Eelke Snel and the other two by Carl Gellings: