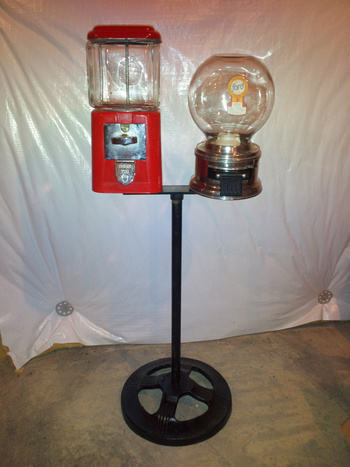 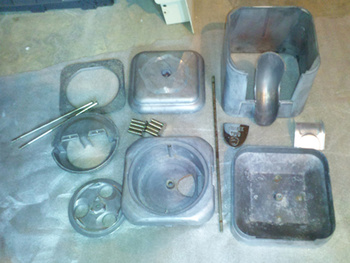 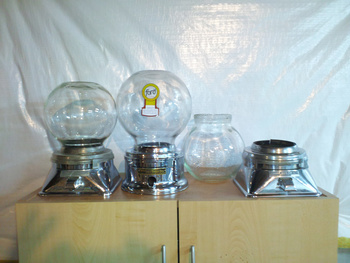 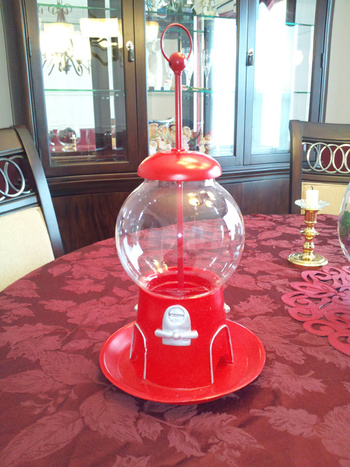 I really am a beginner with collecting gumball machines. It started a few months ago when I started looking at gumball machines on Ebay, but I got my first gumball machine a couple of years ago from a guy I work with. He had an old gumball machine just sitting around with some of our stuff at the office and was going to get rid of it. He said he paid five dollars for it at a flea market 25 or 30 years ago. He offered to give it to me but I insisted on giving him five dollars for it. It is a Vendorama with its original red and yellow paint, a half-cabinet with a plastic globe. The globe is cracked and the paint isn't in the greatest shape, but to me it looks too cool.

So here I am a couple of years later looking with fascination at gumball machines on Ebay. My birthday was coming up, and I told my wife to buy me a certain machine on Ebay. That was all I wanted, I didn't even care about a card or a cake, just that really cool Ford gumball machine with the round glass globe. I got the Ford gumball machine for my birthday. I got a card and a cake too. In looking at the Ford, I realized that it was different than the ones I remembered as a kid. The ones I remember had a scoop where the gum came out; this one has a black plastic flap. I've learned quite a bit since then. I now have another Ford with the scoop shaped chute. I also have two Hart machines that are similar to Fords. I have a total of two Vendorama half cabinets, an older Northwestern, and FOUR Oak Acorn machines. That's 11 machines. 10 in the past four months! No wonder my wife thinks I've gone insane. And I also recently bought a bird feeder made to look like a gumball machine.

After my wife got me the Ford machine for my birthday, I just ached to buy a really nice looking red, Oak Acorn machine on Ebay. I probably paid too much for it and to make matters really bad, the globe broke in shipping. The seller said I could send it back, but then offered to refund me $40 for the broken globe. I took the forty bucks and kept the machine. Luckily I found a new-in-box original Oak Acorn globe with the Acorn emblem molded in the glass. The replacement cost me $65, plus shipping, so this machine turned out to be very expensive. It is in nice shape and the chrome is in great shape, so I’m happy with it anyway. So happy in fact that I fell in love with the Oak Acorn machines. I bought three of them in bad shape just to try my hand at restoration. 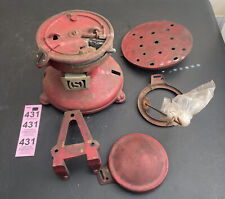 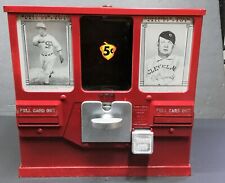 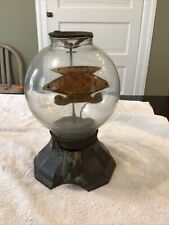 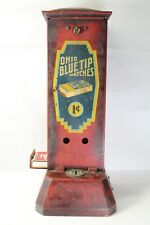