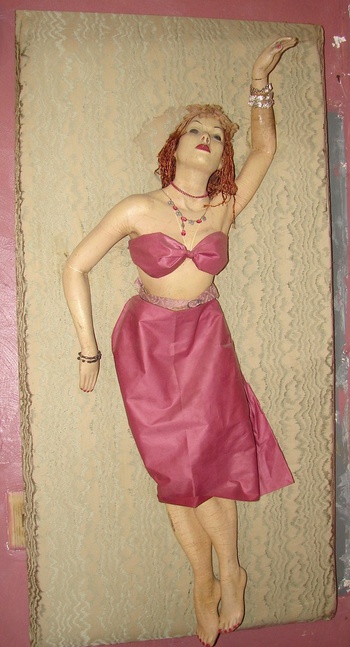 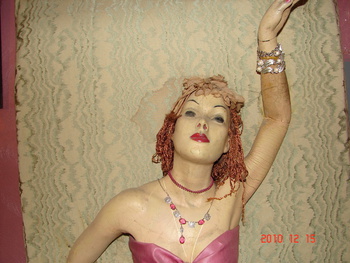 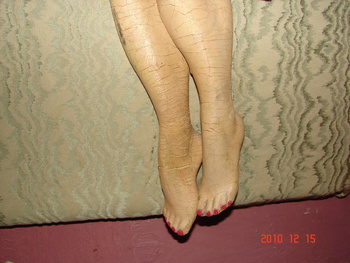 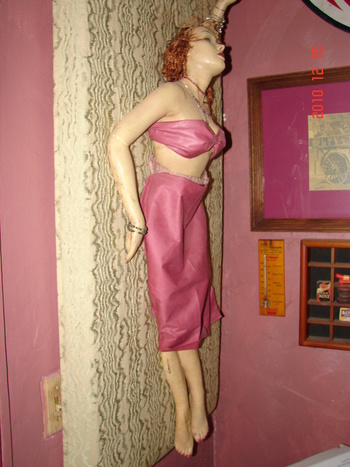 I found this mannequin years ago poking around in a basement of a large Victorian estate. I was hunting with a flashlight in a crawl space off of the basement when I came across this object that startled me. The dim lighting made me think it was a dead body at first sight! I carried it upstairs to pay for it and people were laughing at it asking me why would I want such a thing! The people collecting the money told me to take it at NO CHARGE!
The mannequin was attached to a board that had rotted from being under the house. My wife repalced the back board, cleaned, dressed and added jewelry. She now hangs in my garage and has been quite a conversation piece.