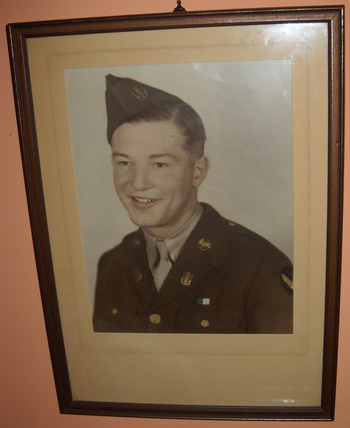 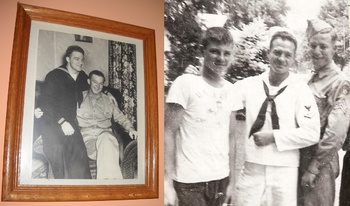 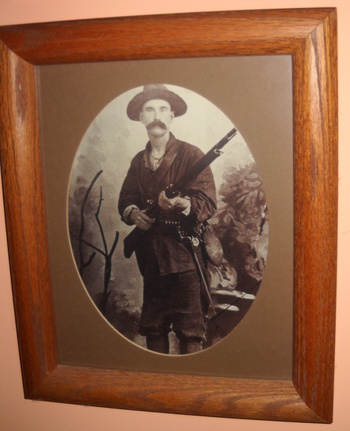 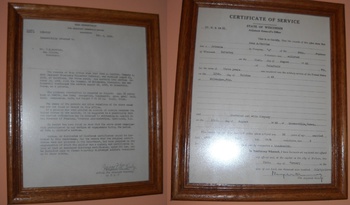 From left to right: My father's uncle; he was a fighter pilot during World War II, shot down over england. The same man with his brother, who served in the Navy during World War II, he later went on to work for the government, developing military vehicles and aircraft. The third picture is those two with their little brother, my grandfather. It is the last picture taken of the three of them. The man with the rifle, is my great great grandfather around the time of the Spanish-American War. At far right are my great great great grandfather's enlistment and proof of service papers.