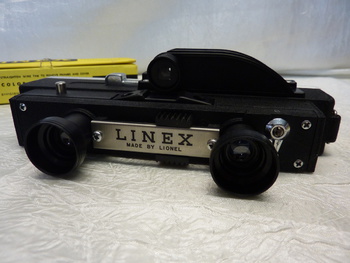 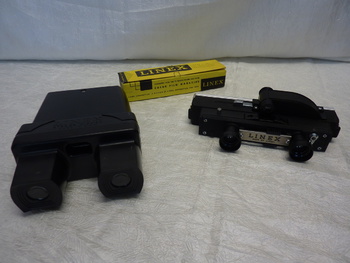 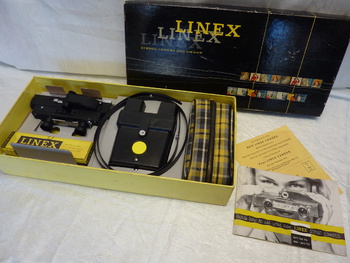 Here is my complete and unused 1954 Linex 16mm stereo camera kit produce by Lionel Manufacturing Corp. Included is the camera, viewer, operating instructions, warranty card, carrying case and strap, and film. There was a flash offered at the time which was sold separately.
Surprisingly enough, yes, in 1954 the model train manufacturer started producing these cameras for a short period of time. Apparently the model train buisness was too successful and the camera was dropped in 55 after about 85,000 were made.
Story has it that in 1949 Joshua Lionel Cowan (Lionel president at the time) received a Stereo Realist from his son for Christmas and found it to be too complicated. He then decided to produce a low-cost, fixed-focus stereo camera.
Made mostly of cast iron and bakelite I find it very square, probably durable, and heavy for its size.