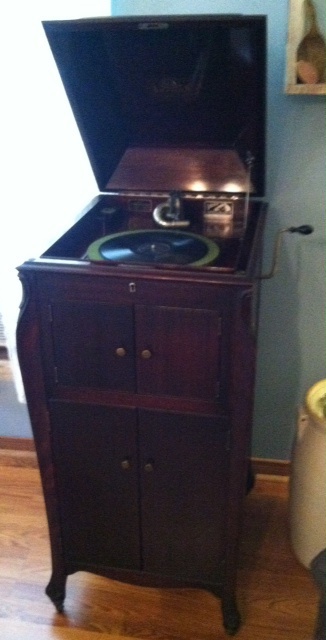 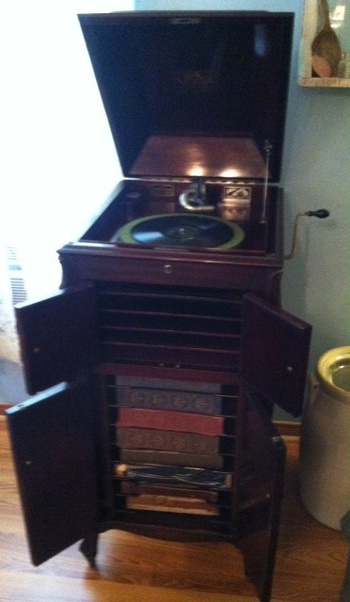 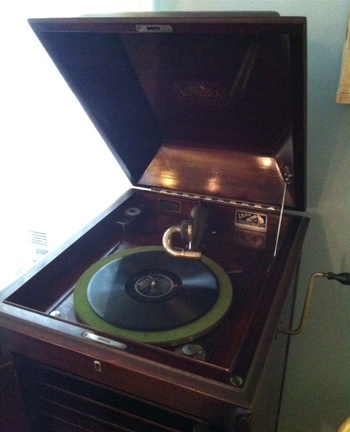 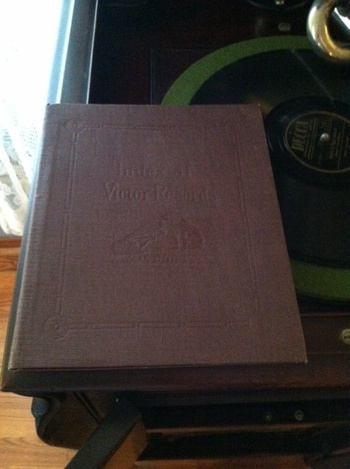 This is the Victor Victrola model VV-XI that I purchased this summer at one of those half antique store half perpetual garage sales that seem to be popping up in our area.

This Victrola plays beautifully, is very clean and is one item shy of being complete (the cabinet key). There is zero veneer damage and no musty smell. It even has the needle cup that I was looking for for my first Victrola that I could find for no less than $40.

While bargaining price with the proprietor a deal was struck, at which time I was informed that if I loaded up the player I had to take the box of records too. There are about fifty of them (including Bing Crosby's White Christmas) that are stuffed into albums. An added bonus in the carton was a box of new needles and an unmarked RCA Victor record index that was meant to be a running list of the albums you had collected.