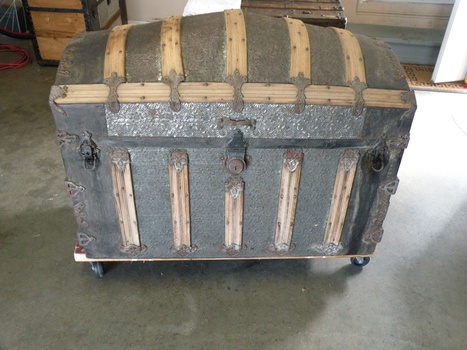 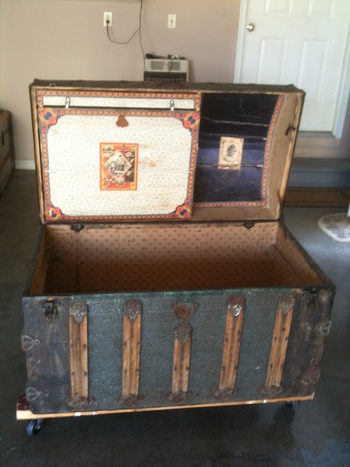 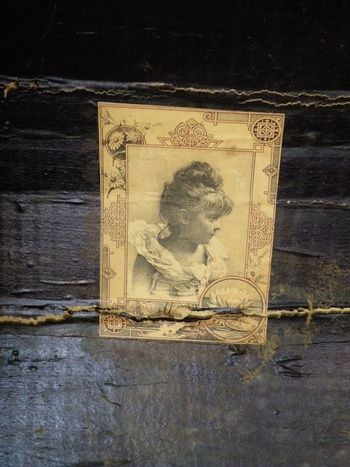 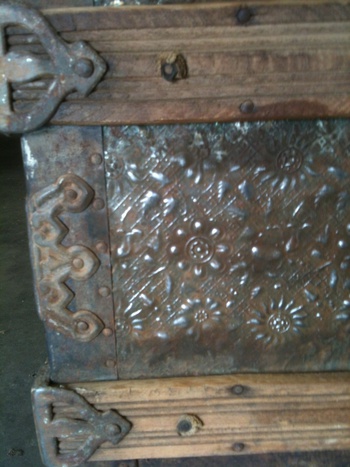 I bought this at an estate sale yesterday. I saw it and fell in love. It's very ornate on the outside. The tray is missing but it has two old lithographs in the lid as well as the top left side of the lid opens and has a compartment inside. The front center, back center and sides have embossed tin with a flower pattern. The embossed areas were green. It has some rust in various places including on the embossed areas. However, I still believe that it will be beautiful again when it's finished. It has a lock on the front that says Corbin Cabinets Lock Co., patented May 17, 87; June 28, 87 and Aug. 30, 87, New Britain, Conn. So, I'm assuming that it was possibly made in the late 1890s or 1900s? Don't know if anyone knows anything about this lock company? Also it has some remnants of leather attached to small nails on the front sides and back that appear to have been something that ran horizontally. It appears that it would not have been anything very large and did not run the full extent of either side - just partially. There is nothing left but tiny remnants. I'm not sure what this would have been exactly and don't know if anyone out there has any ideas? Would appreciate any input from anyone about this type of trunks. Thanks. 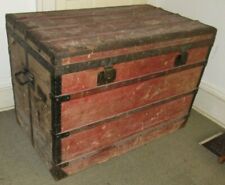 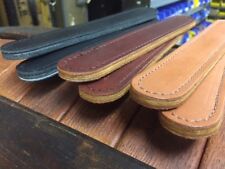