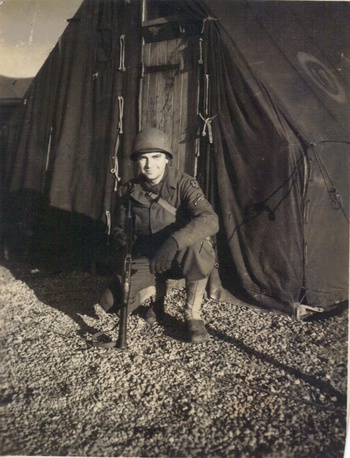 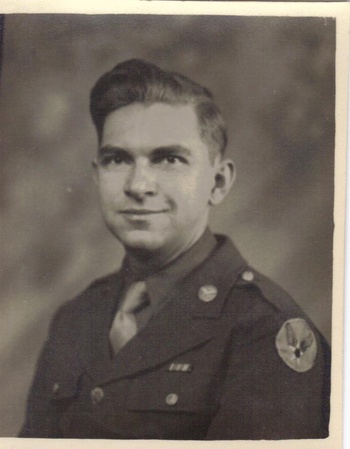 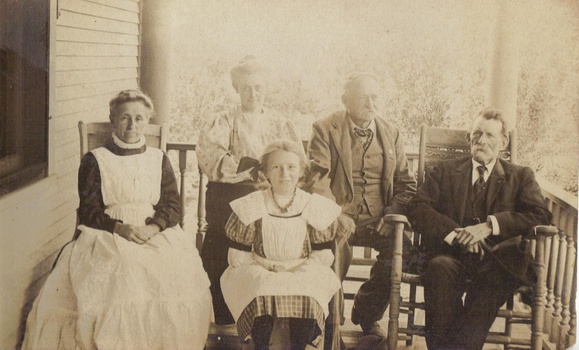 The first two photos are of my father,who served in WW II. He never once mentioned his service while I was at home.

The second photo is a RPPC. The couple in the back are my great grand parents. What makes this special is the note on the back. It reads, "My old comrade whom I had not seen since 1864. his wife and granddaughter." That means they served together in the Civil War! "My old comrade", you can feel the depth of emotion known only to those who have served in battle together.