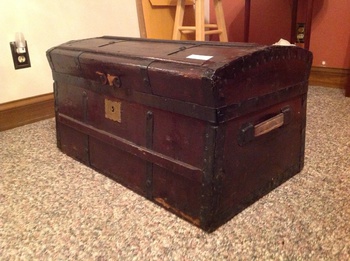 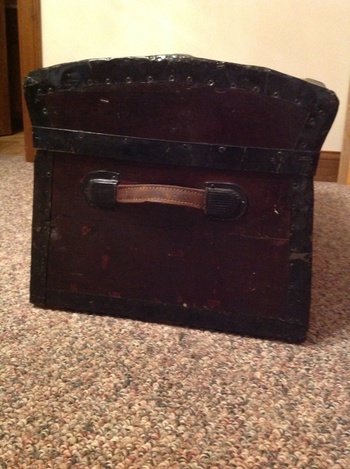 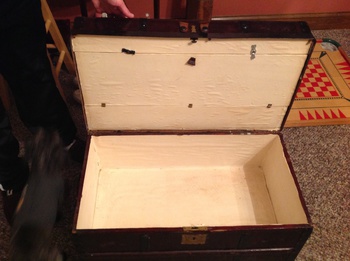 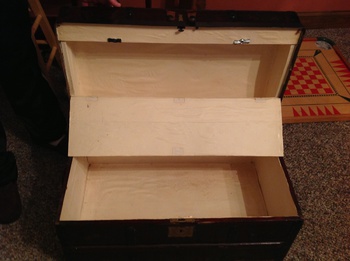 I bought this at a flea market today. I believe that it's a Jenny Lind trunk with the keyhole end. It is canvas covered, which I know is unusual since most are covered in leather. It appears that someone has put stain and polyurethane over the outside of it, but I'm not sure. I found one on the Internet that looked very similar to this one with the same color of stain and was supposedly in its original state. I believe that if it was originally this color that someone has probably stained and polyurethaned over it at some point. Some of the stain is off in a couple of places so I can see the old canvas underneath, which is part of how I can tell that it is old. The buttons on the outside do not appear to be brass but they appear to have been painted over - so I can't say for sure. Someone has put some type of cheap liner on the inside. It does not have a tray but does have the compartment in the lid. It does has both leather handles on the ends in tact. I'm am trying to find out if anyone out there knows if this seems to be a Jenny Lind trunk? Also if anyone has any other information that would be helpful, I would appreciate it.