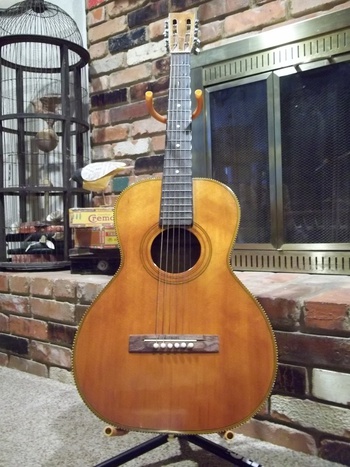 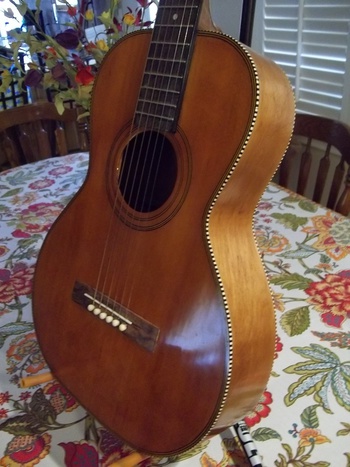 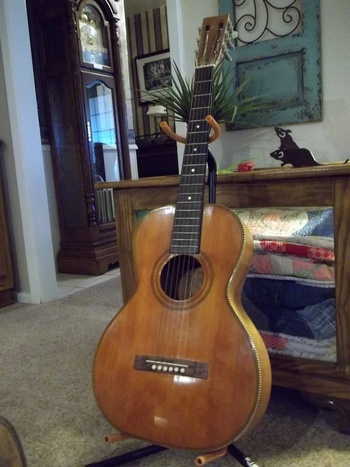 This is a small body guitar commonly called a "parlor guitar" It belonged to my father in law. When I got it the neck was broken in three places and the body had been covered with glitter. My wife's first cousin was given the guitar in the 60's. She decorated the body with school glue and glitter and used it to decorate her room. About twenty years ago I was able to get it back it to a "safe place".
This is my one and only attempt at a restoration of a musical instrument. With a little help and advice from an old local luthier this is the end results.
There are no markings that I can find on the neck or in the body to help date or find out who made it. Inside the guitar just below the sound hole is pencil writing. It says T.F. Street, Delia, Texas Jan. 1932. This was Truman Fain Street of Waxahachie Texas. As a teenager he lived in Delia, Texas. My mother in law told me her huband and T.F. Street used to play "barn dances" back the 30's and 40's and this was the guitar my father in law played. My father in law bought or was given the guitar from Mr. Street. She said it was a used guitar when T.F. Street got it in 1932.
From photos I have seen googling, it looks alot like and old Harmony or Oscar Schmidt . Many of this were sold mail order through Sears Roebuck and Montgomery Wards in the 20's and 30's. It is called a "12 fret guitar" because there are twelve open frets from the tuning head to the body. The guitar is 37 inches long and 13 inches at the bodies widest point. Thanks for looking. 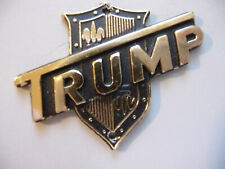 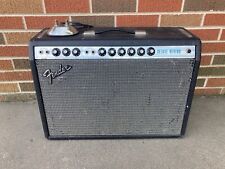 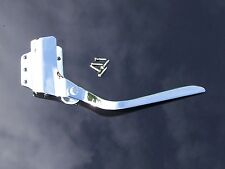