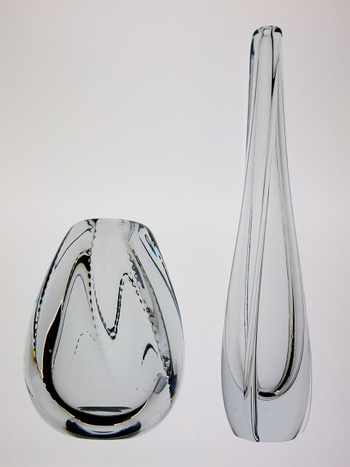 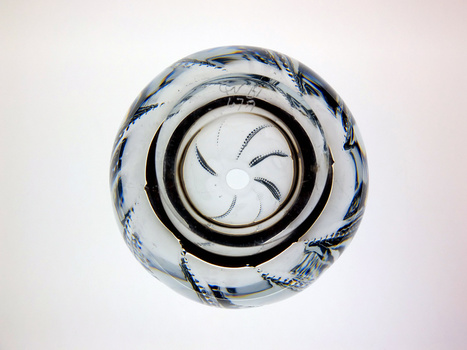 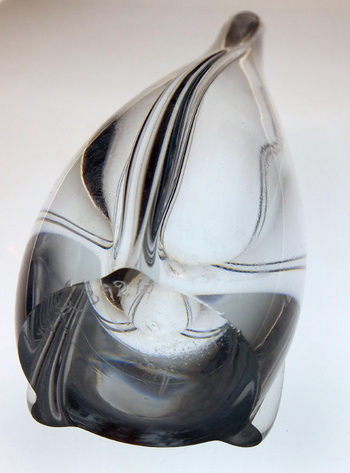 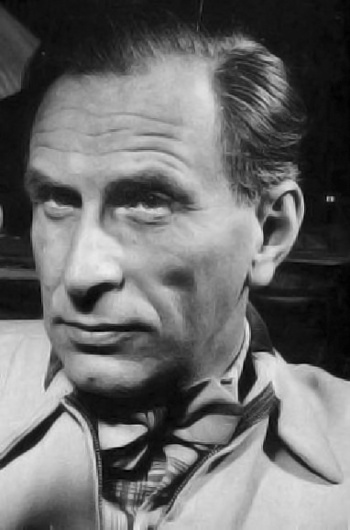 The last photo shows Gunnar Nylund as I remember him from my childhood in the 1960s. He was very handsome and dressed modern and tidy. I remember that he sometimes slipped out the door of the house next to our (where he lived during his visits in Strombergshyttan), with a folder full of drawings under his arm, down to the factory to get his models made by the glassblowers.

The two small vases have not numbers as usual with a B in the beginning (Blomglas = floral glass), but a number with an A at the end instead. I think this can be test series, not serial production. It can also be glass from the very first Nylund production at Strombergshyttan, before agreeing how the glass should be signed, and Nylund himself decided how it would be. S and H is namely engraved in ligature with each other on the vases and the same ligature is also found in many of his first drawings. I remember that I even seen glass from Stromberghsyttan online with the same signature as this, so perhaps the vases are early 1950s production? Or later production? None of the models can be found in my catalog from 1954.

The smaller vase has a pattern with depressed points in swirling/curved lines, made in the glass with a tool. The higher vase has three applied glass strands, in a slightly curved line. Otherwise the vase being blown into a form with these elevated lines from the beginning, I'm not really sure which method used here?