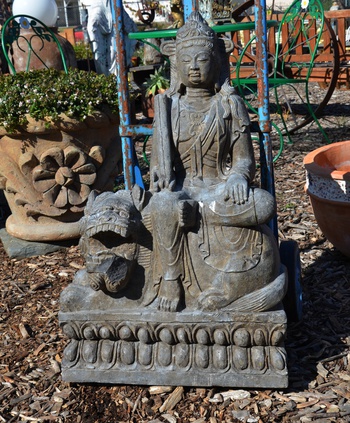 I picked this up the other day and nearly broke my back on it. it weighs over 300 lbs. it's over 3 ft tall and made of a very dense stone. i don't know much about it except what i could find about Kali Ma