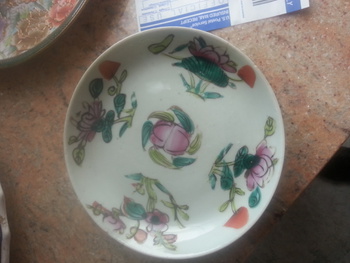 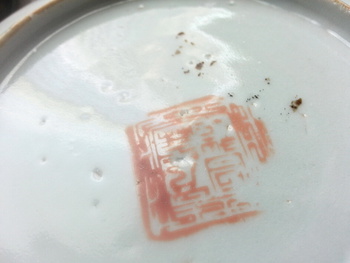 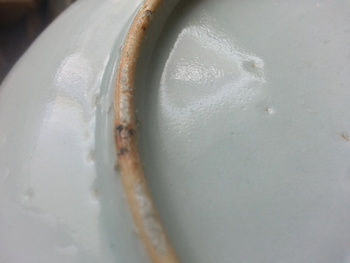 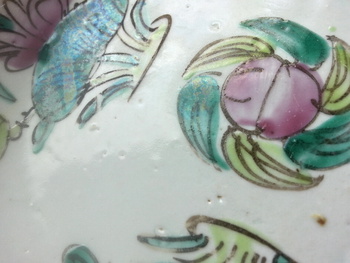 I once found a plate that had this kind of pock marked surface. An appraiser told me it was because of the age that they had not perfected how to do porcelain from the Chinese and was very old.
He told me the plate was worth 400-800 dollars and possibly more if an art appraiser was called to appraise the artwork.
I gave the plate away since I had just started colleting and assumes that I could easily find another one like that.
More than five years later I dwcided that if I ever see a plate like that again I would keep it matter what.
This is the first plate I have seen that has that kind of surface after purchasing thousands of items over the years.
Is this plate as old as I think?
Do you like it as much as I do?