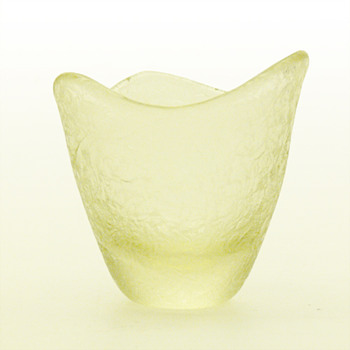 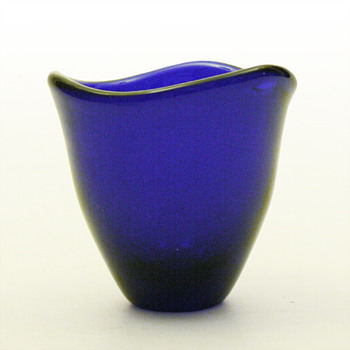 Lütken worked on this wavy edges (a question to English speaker: can I call them trilobed because of the three points or are these too subtle to be called lobes?) during 1943 and 1944. At the begining these vases had little knobs and relief decorations (and I'd love to get one of those) and those from 1944 have just got the pure soft shape and were made in greens and blues.

The yellow-ish one I've got is a rare case in both Lütken's and Holmegaard's production as it is acid-etched... a technique that I've seen in Swedish glass from the 1930s but never seen in Holmegaard items. It really is a special item, one of those that makes you feeld good just looking at it ;)