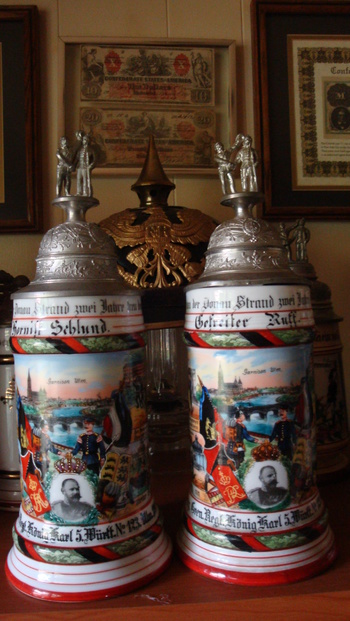 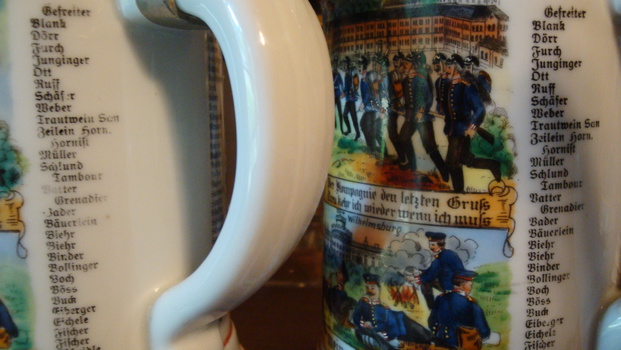 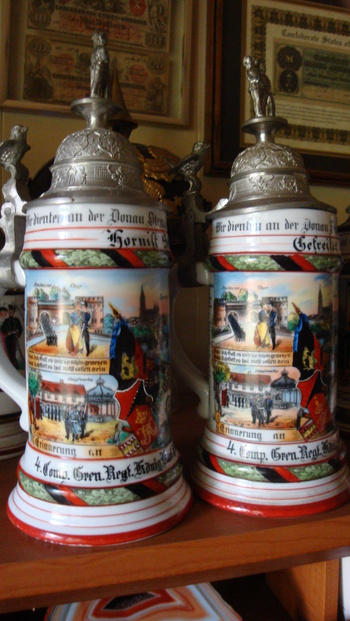 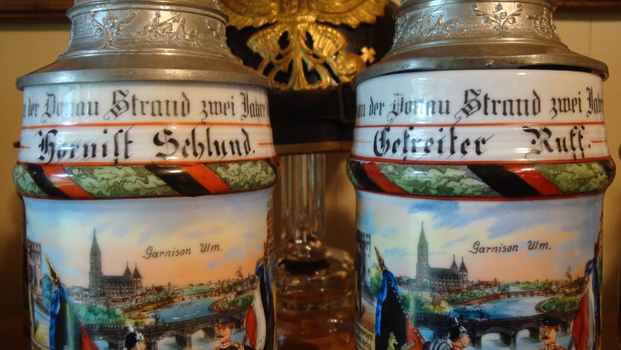 Mega-Rare Imperial German Companion Reservist’s steins, inscribed to two different reservists in the same unit and in the same class. The steins are from the 4th Company of the 5th Wurttemberg, 123rd Grenadier Regiment, and class of 1905-1907, both garrisoned in Ulm. The transfer designs of the steins are identical, since they were ordered together from the same manufacturer. Knowledgeable collectors estimate that a reservist stein cost four to seven weeks pay at the time, depending on the type and amount of personalization specified. Such expense meant that probably no more that 15% of the soldiers could afford these mementos of their service time. The fact that these two are from the same unit, (both on each other’s stein roster which includes only two Hornist & ten Gefreiter) one named to Hornist (bugler) Sehlund, the other to Gefreiter (private first class) Ruff, both surviving two world wars, finding their way separately across the ocean, and offered for sale two years apart by different vendors on two different coasts of the U. S., now together again on my stein shelf defies all odds. A respected expert and noted author has told me that in his extensive collection he has one such companion pair, and knows of one other within the United States, and three in Europe. He also stated that odds of assembling such a pair are less than one-tenth of one percent.
Note that I posted Hornist Sehlund some months ago, (see that posting for detailed info on the specifics of the unit and stein) which I acquired last year, Gefreiter Ruff showed up on eBay to my delight just a few weeks ago. When paying close attention to the detail on each stein it may be determined that each was finished by a different artist.