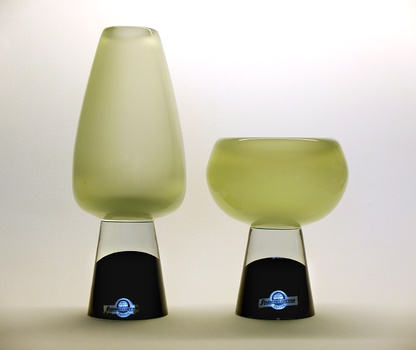 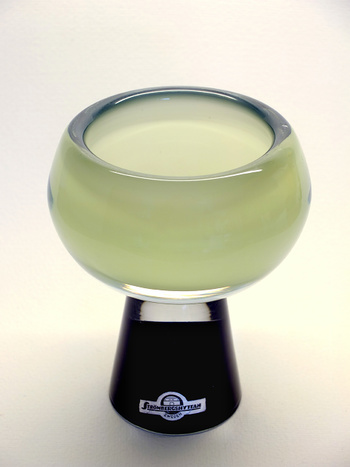 I have got a new bowl in this series on heel base by Gunnar Nylund. The vase first published here:
http://www.collectorsweekly.com/stories/91049-gunnar-nylund-vase-on-heel-base--stromb?in=445

Both in a lime green underlay color. The heel is blown with dark burgundy underlay . First sorting sticker with black text. I wrote that the vase could be from a test series, but I now think they were ordinary produktion. But as I also wrote, probably not many produced.

The two glass pieces are skill-intensive works, with the colored underlayers in cup and heel and the freehand "driven" edge. Good examples of the Stromberg philosophy with manual handicraft production as much as possible.