When Postcards Were the Social Network

In this interview, Ann Waidelich discusses postcard collecting and the many varieties of collectible postcards on the market. Ann is a volunteer with the Wisconsin Historical Society, whose microsite, Tall Tale Postcards, is a member of our Hall of Fame.

I worked for 35 years as a reference librarian with the Madison Public Library and I just got interested in Madison’s history through my reference work. My husband and I collect antiques of various sorts, and as we would go to antique stores or antique shows in malls, I began looking through boxes of old postcards. I just started buying Madison postcards to learn about Madison history. 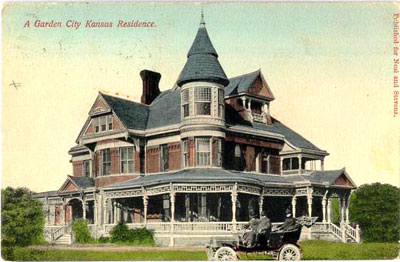 I’m not a Madison native. I didn’t move to Madison until 1964, but I say I’ve adopted Madison as my hometown. A lot of collectors collect postcards of their hometown, and I have a very large collection of Madison postcards.

The postcard heyday was in the early 1900s, certainly before the days of television and even before magazines had a lot of pictures in them. People would send postcards to one another and collect them and put them into albums to use as picture books. They were a remembrance of people and places. People have been collecting postcards since they were first published, but I didn’t start collecting them until about 20 years ago.

It’s getting harder and harder to find postcards for my Madison collection, because I already have so many. Madison postcards would have been sent from Madison to somewhere else, so I have to get them from somewhere else. Now with people selling all kinds of things on eBay, it’s easier to find memorabilia from your hometown.

I also collect what I call Madisoniana, things that say Madison, Wisconsin on them, mostly store advertising. Madison things are more likely to be in Madison, because they were given away as store premiums when people shopped in the local stores.

Collectors Weekly: What did people use postcards for in the 1900s?

Waidelich: Postcards were often used to send just little brief text messages like, “I’m coming on the train at 5:30. Please come and meet me,” because the mail service was so frequent. They often had two mail deliveries a day to your house, and trains went everywhere several times a day, so you could send a postcard to the next town in the morning and tell people you were coming by train the next day in the afternoon. It was a way to get short, quick messages to people. They were also used in travel – “I’m visiting here and liking it very much,” or “we went fishing yesterday.” 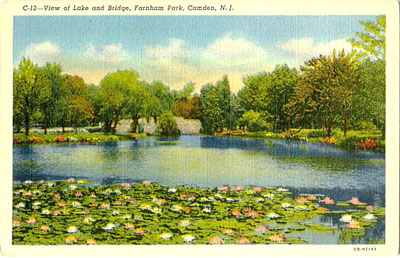 People bought postcards from novelty stores, 5 and 10-cent stores, drugstores. Gift shops would have postcard racks, just like you see them today, although you don’t see them as much. Postcards were so popular in the 1910s and ’20s that sometimes there would actually be postcard stores.

Postcards covered all kinds of subjects, but there were two big categories: One would be the view postcards, which are street scenes or buildings or geographical places, and then the other is art postcards. Many famous artists created pictures of women for postcard companies in a category called “pretty ladies.”

There were certainly holiday postcards – every single holiday you can think of from New Year’s Day through Christmas Day, Easter and 4th of July, St. Patrick’s Day and Memorial Day. There was a huge category of postcards during both the First World War and the Second World War; all kinds of war-related scenes and uniforms and real photographs of dead bodies and just the whole gamut of war, even humorous war postcards.

Collectors Weekly: How did companies determine what images to put on the cards?

Waidelich: They did anything that came to mind. If it sold, they made more, and if it didn’t sell, they didn’t make any more, either of that particular image or that particular category. Lots of movie stars and studios had postcards made. In Europe, royalty is a big category. We have presidents, so there are all kinds of presidential postcards.

Another category is disasters. People would send postcards with photographs of train wrecks or floods or huge snowstorms.

Collectors Weekly: Do collectors typically specialize in a certain category? 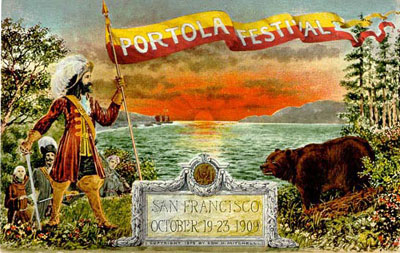 Waidelich: Yes. I collect Madison. I collect courthouses and libraries and jails. I collect Native American and buffalo. Then I wanted to collect something pretty, so I chose poinsettias, the flower.

I think people come to postcards after the fact. Often what happens is they’re cleaning out their grandmother’s house after she dies, and they come across this box of postcards that she was saving, because people sent her postcards back when she was a little girl in the 1920s. And, oh, my goodness, look, I had no idea. Then they either get interested in collecting more postcards or they think, how am I going to get rid of these? Maybe they go on the Internet and discover that there are postcard collectors out there, or maybe they go to an antique dealer and say, “Do you know somebody who will buy these postcards from me? I don’t want them.” That’s how they get into circulation.

Collectors Weekly: Were all postcards made of paper?

Waidelich: There are what we would call novelty postcards made out of wood, aluminum, copper, and then there are things attached to postcards. For example, at the Great Salt Lake in Utah, sometimes they would attach a little bag of salt to the postcard, or you can have googly eyes attached to a postcard and if you shake it, the little eyes move. 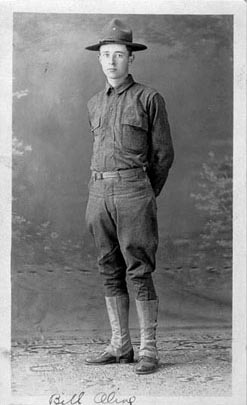 There are see-through postcards – we call them hold-to-lights – two pieces of paper with a little tissue paper in between, and if you hold the postcard up to a light, it’ll look like the windows in the building are lighting up. Some are made out of cork, particularly from Spain where cork trees are grown.

Linen is another category of postcards. Those are more from the ’30s and ’40s. The paper that they are printed on has fibers in it to make it look like linen fabric and they are printed with very bright colors. Then there are fold-out postcards. They were very popular in the ’50s. There’s a whole long strip of postcards that come attached to one another and fold up.

Then there are what we call real photographic postcards, which are literally photographs printed with the back like a postcard so they can be sent through the mail. Those are usually more expensive than just paper-printed postcards.

Silk is another fabric that can be wrapped around a piece of paper or piece of cardboard. Often they are embroidered or a picture is printed on the fabric. Those kinds of postcards would have been sent in a little glassine envelopes, a little see-through paper envelope, and then they’d be put into a regular envelope for mailing.

Collectors Weekly: Who made these postcards?

“Postcards were so popular in the 1910s and ’20s, there were even postcard stores.”

Another company is Curt-Teich. They were in Chicago and there is a museum of all of their archives, the Curt-Teich Postcard Archives, at the Lake County Museum in Wauconda, Illinois. A lot of people writing books used postcards from the Curt-Teich collection as illustrations.

Postcards were manufactured everywhere. All kinds of companies and photographers all over the country were taking photographs of places for companies or publishing themselves as individual photographers. You can certainly collect postcards from every country in the world. It was an international phenomenon.

Collectors Weekly: Did some artists specifically focus on postcards?

Waidelich: No, most postcard artists also painted pictures. Harrison Fisher, Ellen Clapsaddle, and Francis Brundage are some big artists. These postcards were printed in color. They would do a painting, and then it would be reduced in size. They are very, very beautiful.

Collectors Weekly: Are there a lot of postcard collecting clubs? 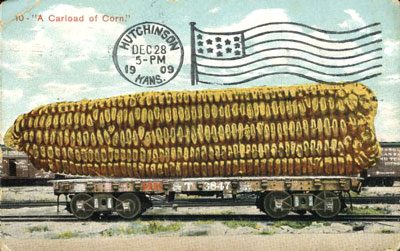 Waidelich: A fair number. The major cities have them. I would also say any of your major clubs, like the Kewpie Doll Collectors Club, would not only collect Kewpie dolls, but they’d also collect postcards with Kewpie dolls on them.

One good way to find postcard dealers is on eBay. Two others are Barr’s Post Card News and Antique Trader.

What we’re finding here in Madison with our postcard club is that everyone is so busy that we don’t have a very large turnout. We maybe have about 10 or 12 regular people that come, although we know of as many as 50 or more people that collect, and when we have our postcard show here in Madison, we get 200 to 250 people coming from all around southern Wisconsin. There are big shows in Minneapolis, Chicago and Milwaukee, and we’re a little show compared to them.

Collectors Weekly: Are there any really rare postcards you particularly look for?

Waidelich: Sometimes these real photographic postcards are rare, because they are often one of a kind and they are generally more expensive. Many of the artist-signed postcards are also fairly expensive. They can run from $50 to $100 apiece. They are not literally signed by the artist, but the artist’s name is very often printed on the postcard. Postcards from Mucha, a European Art Nouveau artist, are very expensive.

Halloween postcards are very expensive in terms of holidays. I think they are fairly scarce. Halloween collectibles in general are expensive, more so than a lot of other holiday memorabilia.

Christmas is certainly very popular, and if the postcard shows the Santa Claus figure dressed in a color besides red, it is expensive. There are purple Santas and green Santas and many other colors. Those hold-to-lights that I mentioned are expensive, too. They were fairly rare at the time and they’re fragile, so they don’t last as long.

As a collector, you have to decide what you’re willing to spend and what categories you can afford to collect. With my Madison cards, I have so many that now if I find one, it’s going to be pretty rare and probably pretty expensive.

Collectors Weekly: Have you noticed any major trends in collecting postcards since you’ve started? 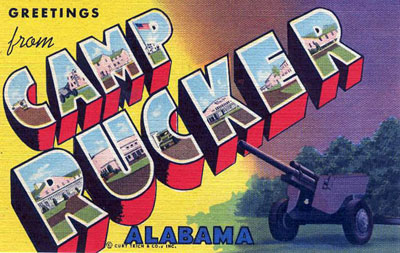 Waidelich: Not particularly. Linen postcards are becoming more collectible. They used to be thought of as cheap and ugly and not very interesting, but now people are beginning to appreciate them. People are starting to collect the more modern postcards, too – what we call chromes. It’s a newer form of printing… they have a shiny, color photography look.

By modern, I’m thinking 1950 to date. We’re beginning to realize that 1950 was pretty long ago and things aren’t the same as they were then. I collect modern postcards. I’m always looking at the postcard racks here in Madison, because if I don’t buy them today, they’re going to be gone and they’re going to cost me three times as much in 20 years. If you buy things today at today’s prices, they should be cheaper than what they’ll be 10 years from now as “antiques.”

(All images in this article courtesy The Wisconsin Historical Society’s Tall Tale Postcards and the contributions from collectors to the USGenWeb Penny Postcard Archives.)