Mickey Is a Punk Rocker Now 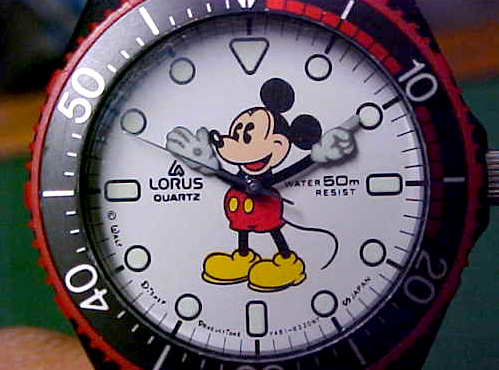 The most iconic cartoon rodent on the planet, Mickey Mouse, is poised to dominate the pop culture landscape yet again. (Thanks for the heads up, The Inside Source.) 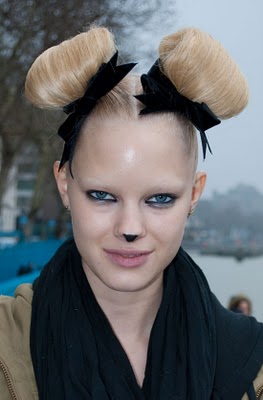 Most recently, those famous mouse ears popped up at London Fashion Week in Topshop’s Unique Fall 2011 Collection. Even though the fashion show was actually inspired by Disney’s 1960s film “101 Dalmatians” and its cuddly spotted heros, those buns are undeniably Mouseketeer-esque. Fashion blogger Brian Boy was ahead the curve last fall, appearing in mouse ears at a Lanvin for H&M event.

But this isn’t the same pot-bellied, giggling symbol of childhood innocence and whimsy we know from the late 1920s cartoon “Steamboat Willie.” Last year, in America, a Nintendo Wii introduced a darker, more sinister mouse personality in its Epic Mickey game, while in Japan, Satoshi Fumihara launched a bizarre square-lipped line of Disney-sanctioned plush toys called Cubic Mouth. This new Mickey look is creepy in a millennial way; he seems as though he jumped into an 8-bit video game and came out a blank-eyed robot.

Where did this postmodern Mickey come from? Well, he went around the world, and came back a changed mouse. In acid-washed jeans days of the 1980s United States, Mickey Mouse surged in popularity when the trend was to wear about any product or icon splashed across your chest, whether it be Coca-Cola, Guess, or Hard Rock Cafe. After Michael Eisner took over as CEO in 1984, he pushed the company out of its old-fashioned ways into modern times, creating Touchstone Pictures to release films with edgier adult themes, expanding the theme parks, and eventually swallowing up the ABC television empire. 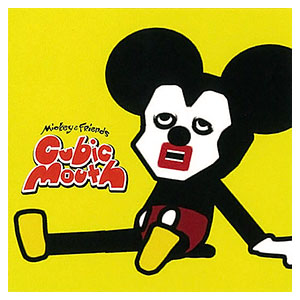 It wasn’t long before there was a backlash against the mouse swelling into a corporate giant that offended conservatives with loose Hollywood morals and liberals with its labor practices where workers on the other side of the the world made plush toys and the like for a few cents a day. In 1990s America, those mouse ears started to look more like devil horns. This sentiment remained until Eisner was forced out in 2005 by Walt Disney’s nephew Roy E. Disney, who claimed Eisner had turned his uncle’s company into “rapacious, soul-less” corporation.

But in Japan, where all things cute (or “kawaii”) are adored, Mickey arrived with no fangs. Then, in the 2000s, teens in the Harajuku district of Tokyo took this love of cuteness to its punk extreme—a way of rebelling against their restricted, orderly lives. These “gyaru” or “Harajuku girls” hit the mall every weekend covered in an explosion of lace, ruffles, bows, socks, wild wigs, and stuffed animals, often incorporating icons and themes from Western culture. Naturally, one of the myriad of styles coming out of this excessively accessorized subculture is to dress like a hyperstylized Mickey or Minnie Mouse—context-free and innocent of his sins.

Thus, Mickey and Minnie return to us, in Lady Gaga’s avant-garde bow of hair; on the London runway, with girlish models with painted-on noses; and in the imported, warped-looking Cubic Mouth product line. 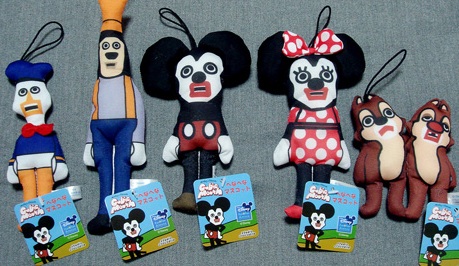 Mickey Mouse wristwatches, too, are making a comeback of late. (See more fine examples on Show & Tell.) But fans of the old-school Mickey of the 1930s can breathe a sigh of relief. These pricey watches, produced by Japanese company Jam Home Made, feature the original mouse and are only modern in their high-end watch technology.