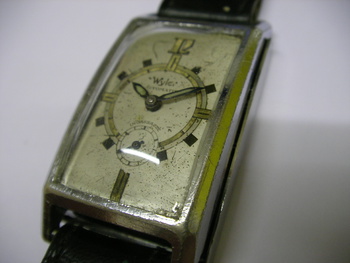 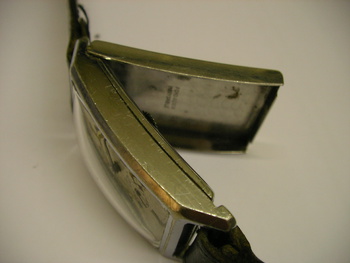 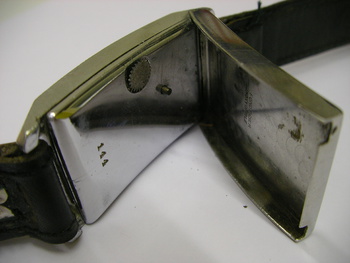 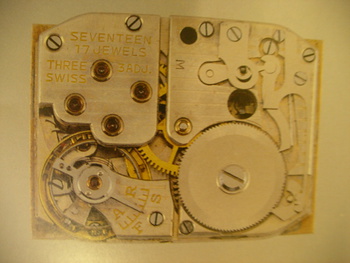 The firm of Wyler S.A. in La Chaux-de-Fonds patented its self-winding wristwatch design in Switzerland in 1931.

This wristwatch has a lever-winding system in which a pull on the band moved the projection, spring-mounted double bottom of the case and thus wound the mainspring via a 'pin' in the bottom (picture 3) and an apparatus inside the case. The winding took place not so much from swinging arm movements as from changes in the shape of the wrist. The rim panel on the bottom of the case served only for hand-setting.