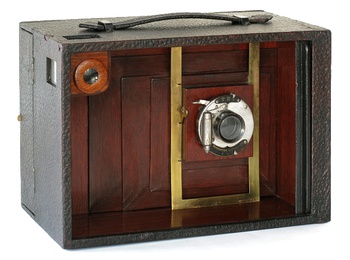 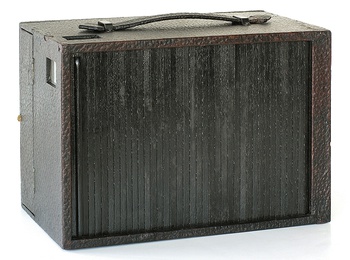 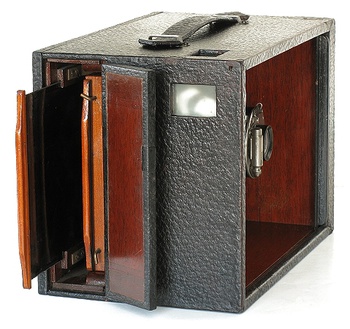 By 1914 most of the camera industry had moved on to lightweight sheet and roll film, and the first experimental 35mm cameras were a couple years away. That fact and the overall design are reasons this camera is so odd and attractive to me. It also raises the question of why bother making a design that could be viewed as ‘old school’ in 1914. It’s probably one of the reasons the camera was never named, marketed and sold.

This prototype is one of the rarest cameras in my collection and not widely known. Only two were built by Harvey Wing, son of the legendary American daguerreotypist, camera builder and politician Simon Wing.

As far as pedigree, this camera was discovered in the 1970s as part of the original Wing-Nilsson family estate that included several 'new' cameras. A second camera from the estate is also in my collection.

Although solid body by design (i.e. no bellows or ground glass for composing), it is actually a multiplying camera capable of making 9 separate images on a single 4x5 inch glass plate. This is accomplished by shifting the lens board horizontally and vertically to preset locations – a unique creation by Simon Wing that appears on several of his other cameras.

Thin pebbled leather covers a wooden body that has a finely polished mahogany interior. To protect the interior, lens and shutter when not in use, a beautifully made tambour style cover slides across the camera's front face from left to right. As shown in the third picture, plate holders are loaded through a side door.

There’s not another camera like it ... then again my 1912 Montauk Flexo-Front multiplying camera with a sliding tambour lens panel (also posted here on CW) is conceptually similar.