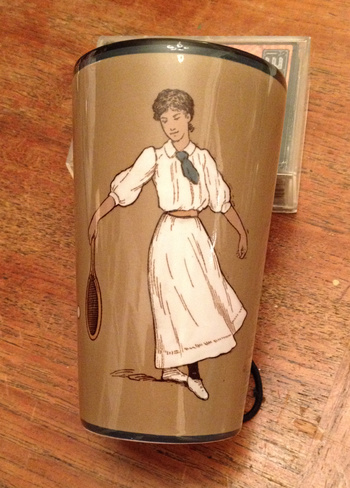 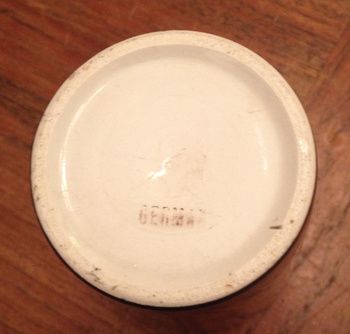 My wife has had this ceramic tumbler for as long as she can remember, passed down from a relative. It says "GERMAN" on the base and is about 6 or 7 inches tall. We think it either depicts Dorothea Lambert Chambers, who won Wimbledon seven times from 1903 to 1914, or it is simply a female tennis player from the Edwardian era. She thinks it may have been part of a series of sports figures, but we have not found evidence of that (seems like a good hunch to me). Anybody seen this mark? Dating it would be a start... Thanks 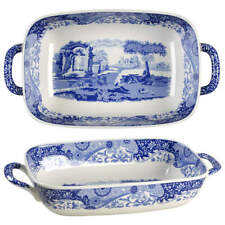