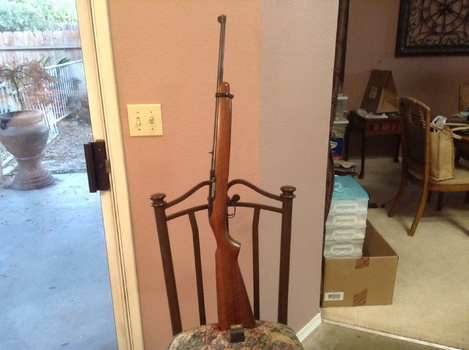 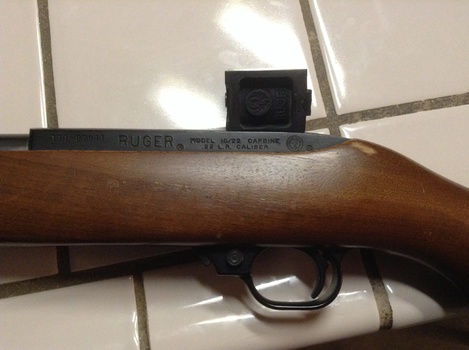 The Ruger 10/22 is a semi-automatic rimfire rifle chambered in .22 Long Rifle. It has a removable 10-round rotary magazine which allows the magazine to fit flush with the bottom of the stock. Higher capacity magazines are also available. A magnum version, chambered for the .22 WMR cartridge, was made from 1998 to 2007, and a .17 HMR version, the 10/17 was announced in 2004, but was only listed in the catalog for two years.The standard version has been in production since 1964.