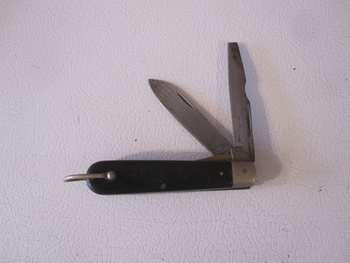 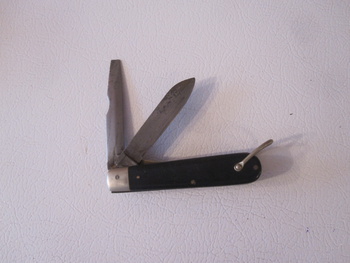 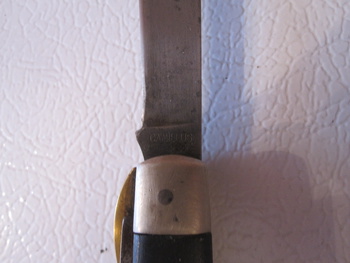 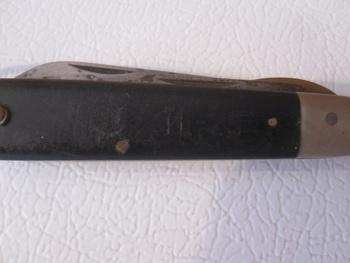 Greetings fellow collectors,
I would like to start this post by saying that it was prompted by one that was posted by nutsabotas6 a while back. I hope I don't take up too much of everyones time, but you all know how I am when I get started! This knife is a TL-29 electricians knife. During my years as one of Uncle Sams Misguided Children, (USMC), I had dual MOS'S (Military Jobs). My main job was Motor Transport which consisted of operating all types of military highway capable vehicles, and performing maintenance and all forms of repair. My second, back up job was as a lineman. This job consisted of running phone lines, repairing them,climbing telephone poles for repairs and operating and repairing field switchboards. I was assigned several items that I used as a wireman, which included this knife. It came in a holster that also contained a pair of wire cutters, which I will post next. When I googled TL-29, there was a huge amount of information out there. For those who wish to learn more, you just need to google it. I figured this posting would be long, so I did not want to post a lot of technical information. This knife showed up in all branches of the military, and they seem to have been used from ww1 till present time. Nuts knife had a wooden handle, that I assume was from ww1 or maybe earlier. I thought mine with the black plastic handle was from the Vietnam era, but it appears that it was also used in ww2. Mine was weathered and had been used previously before being passed to me. Several companies made blades for these knives, and mine was made by Camillus Knife Company. I am going to try and close this post for now, but will try and add more to my next posting. Thank you for letting me share this and please comment if you have anything you would like to add. Thanks, Thrifty