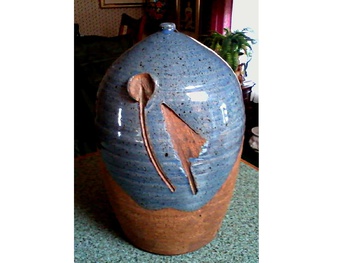 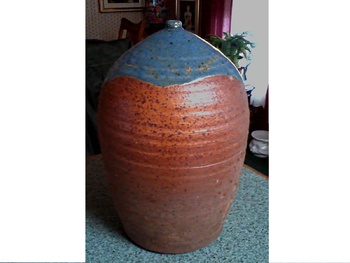 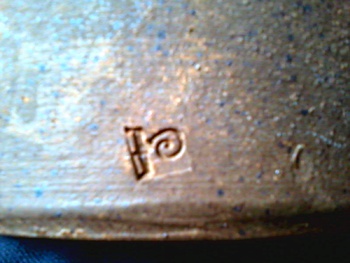 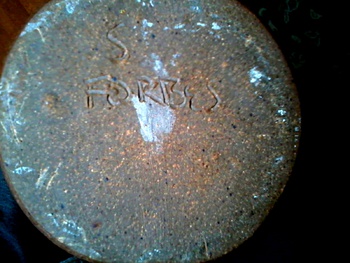 Got this piece out of the showcase at Salvation Army this morning. I needed to find someone to open it and Christy has the key. The other clerk went to get her and when she saw it was me she said "Oh it's just that pain in the butt"....lol. She really is a sweet heart though. So this is a signed piece and a quick search online turns up a Raku pottery artist in North Carolina named Steven Forbes-de Soule. (stevenforbesdesoule.com). He's been a professional studio artist since 1980. His current work looks nothing like this so that's what makes me wonder if it's the same person. His current pieces are highly iridescent almost like Tiffany Favrile but in large vessel forms and some sculptures. Really beautiful ! It could be an earlier piece but I'll have to research it more to be really sure. Unless some one on CW is familiar with his work. -Mike-

NOTE: I actually e-mailed and received a reply from Mr. Forbes-de Soule. He said he didn't "think" it was his work. He also asked me were I found it. I thought that was a odd answer because he wasn't more definite. Very nice of him to take time and answer my question though. -Mike-