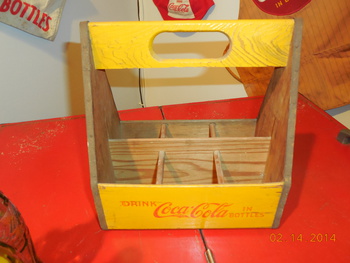 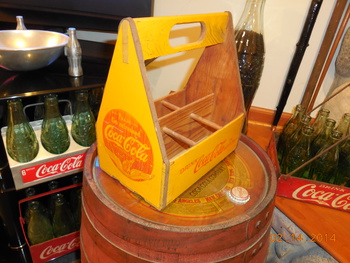 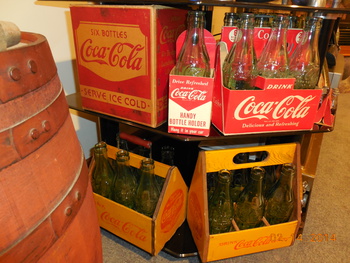 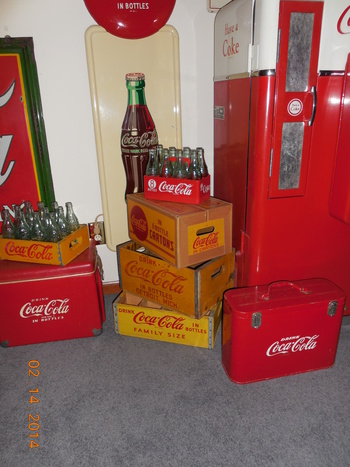 I acquired a less common version of the yellow and red painted "Wings" logo wood carrier used during the 40's. Good BIN deals are drier than the California drought these days. So I resorted again to an eBay BID auction, coming in on top at approx 35% Petretti's 12th value. I shoehorned it in with my others on the TV stand. There are so many different versions of Coca-Cola carriers and collecting them can be addictive. But I've officially run out of room to display, so I'm swearing off after two delivered this week.

The other: I was able to snag a 50's plastic 8-pack carrier including bottles for BIN $25 delivered. 6 of the 8 bottles turned out to be Christmas Coke version (1924-37). This piece pays homage to The 8-pack Club (good guys all).