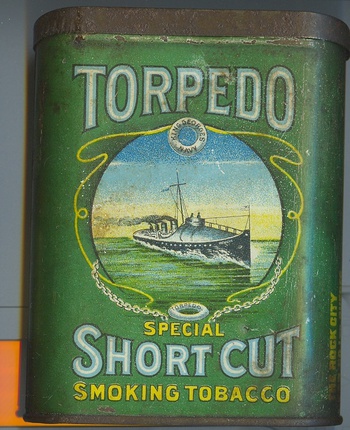 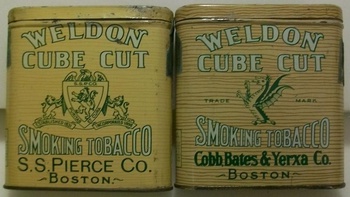 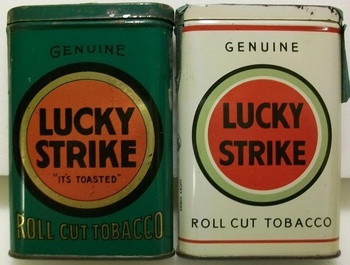 The Brink-Dolan is a rare tin. It’s not the greatest condition but given its rarity, only a few known to exist, any condition is worth to have in your collection.
The Torpedo (Destroyer) is one of my favorite and also rare, not as rare as its brother tin, Torpedo (Submarine). The sub one is probably as rare as the Brink-Dolan.
The Weldon on the left manufactured by S.S. Pierce Co. is more on the scarce side than rare but the one on the right made by Cobb, Bates & Yerxa Co. with the Dragon on its center is another rare one.
The Lucky Strike’s had a whole support the war effort during World War Two. They had a whole campaign “Lucky Strike goes to war”. They changed the green packaging on the tins, cigarette packs and the rest of their product line to white. Supposedly copper was needed to make the green color dye for all their products so as to support the war effort to add to all the copper and other metal drives. Soon after the war, pocket tin manufacturing started to diminish and some of the brands remaining went to cardboard boxes. So, just because the White Lucky is newer, since a lot less were made the White Lucky Strike is the rarer one. If you want to see lots more pocket tins and more tobacco stuff go to http://www.mygerardinc.com/index.html. 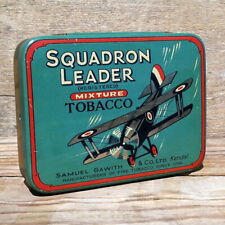 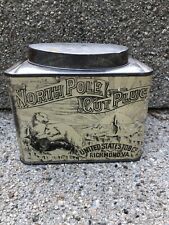 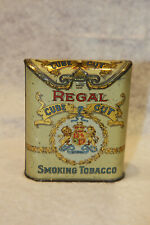 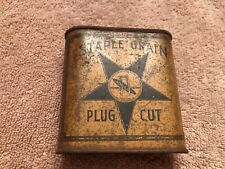