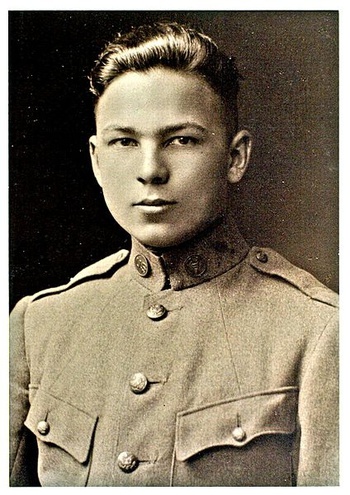 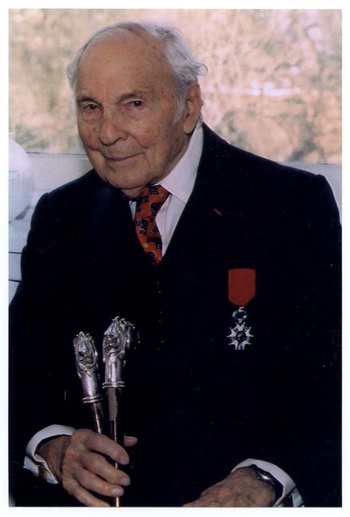 Some of you military men may have already heard, but Frank Buckles, the last known surviving American WWI veteran, died on sunday at 110. The following is what I have gathered from various articles I have read over the last two days.

He was born February 1, 1901. He enlisted in the army in 1917 after lying to several recruiting officers about his age. He had already been turned down by the Marines for being under 21 and by the Navy for being flat-footed. He sailed to Europe on the RMS Carpathia, which had been used to rescue Titanic survivors.

During the war Buckles served in England and France, driving ambulances and motorcycles for the Army's 1st Fort Riley Casual Detachment. After the Armistice in 1918, Buckles escorted prisoners of war back to Germany. He retired from active duty as a corporal. He received the WWI Victory Medal, Army of Occupation of Germany Medal, and the French Legion of Honor Medal. Following his discharge in 1920, he attended the dedication of the Liberty Memorial in Kansas City, Missouri, in honor of those Americans who died in World War I, and he met General John Pershing, commander of all United States forces in France during the war. In 1942, Buckles had worked for the White Star and W.R. Grace shipping companies, and shipping business took him to Manila in the Philippines. He was captured there by the Japanese in 1942, and spent the next three and a half years in the Los Baños prison camp. He became malnourished, with a weight below 100 lb, yet led his fellow inmates in calisthenics. He was rescued on February 23, 1945.

He married his wife in 1946 and eventually retired to West Virginia where he lived the remainder of his life. Buckles was the Honorary Chairman of the World War I Memorial Foundation, which seeks refurbishment of the District of Columbia War Memorial and its establishment as the National World War I Memorial on the National Mall. Buckles appeared before Congress on December 3, 2009, advocating on behalf of such legislation. A film about his life is currently in the works. When asked of the secret of longevity, his son remembered him as replying: "When you think you're dying, don't".

We salute you Corporal Buckles, you will not be forgotten!