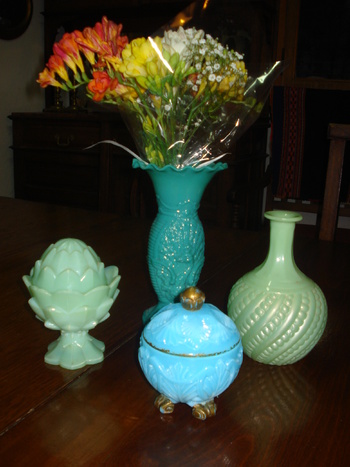 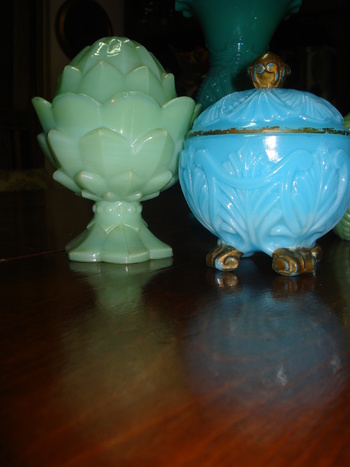 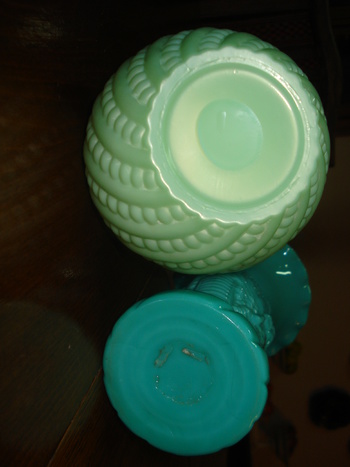 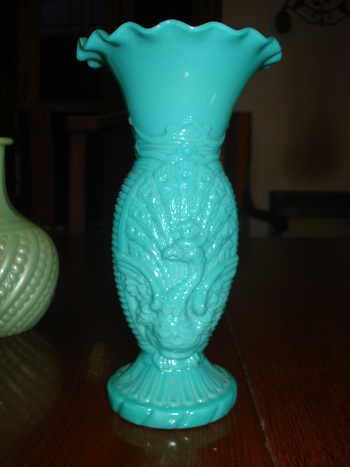 All this objects were made in France by Portieux or Vallérysthal of the Vosges zone that iniciated their production in 1721 later they fussed in only one company at about 1880. The term opaline de foire, means cheap opaque glass. There are two sugar pots that are of pressed glass, they are very haeavy. The vase and the bottle are light because they were mold blown, the broken pontils was polished in the bottle but not in the vase (third picture). The original words for this type of glass were demi-cristal, here in Argentine semicristal. You can find a lot of information in French http://opaline.defoire.pagesperso-orange.fr/opale/index.htm
The sugar bowl in form of artichoke is in the 1906 catalogue, the blue one in the 1908 catalogue. We bought yesterday this sugar bowl for 10 u$ in a new shop in the fleet market.
The bottle is a bit iridescent and it is Baccarat.