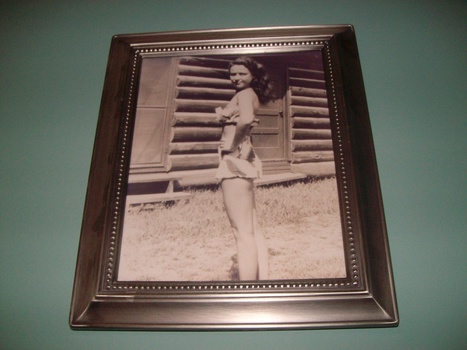 This is a photograph I had enlarged but one that came from an original that was taken just before she married my father. He left a couple years later to fight the Japanese under Mac Arthur in the Pacific theater. He sure had a looker to come back home to. This was a very liberal pose/photo for the time-frame. And one that I was told was for "his eyes only". They even went so far as to take the film to another town to have it developed.