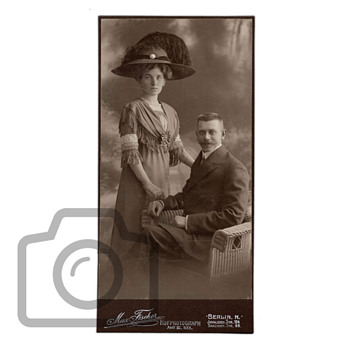 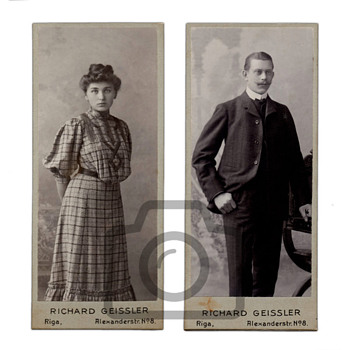 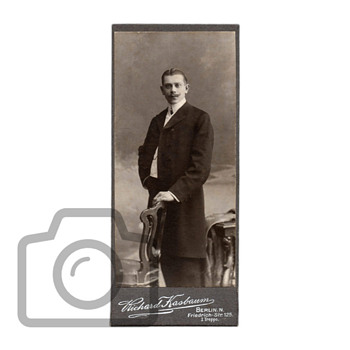 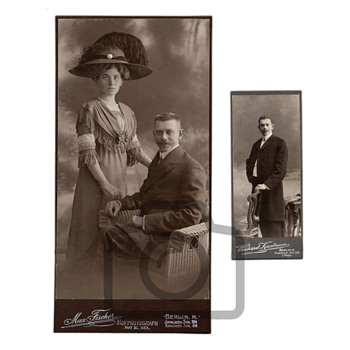 When one collects photographies one can sometimes be lucky and get several pictures from the same person (especially if you get them from different sources, although it's not the case with these, which come from the same seller and, in fact, the same purchase).

Today I want to share the portraits of a couple (in both single and couple portraits) plus one more of the guy.

It's a bit weird getting them because at some point one feels like is “violating their privacy”, but on the other hand one feels that these pics have been together for already a century and they will remain so until... who knows when, but at least I've done my part in keeping them together.

there's also some lovely thing about these photos as one can sort of imagine circunstances of this people's lifes... For instance, looking at them I can imagine the woman must be from Riga (and poorer than the guy) and the guy from Berlin... they would probably met in Riga and got engaged and married there and then they both went to Berlin. haha, there's soething really silly about it, I admit it LOL

I like the couple portrait especially since the guy is sat on a typical Viennese armchair from around 1905. I also love the woman's hat (by the way, is this what's known as a Greenaway hat?). And besides, it's a huge photo. As you can see on pic.4 it's like twice the height of a normal carte de visite and bigger than the usual cabinet format (but still in the narrow format I love so much).