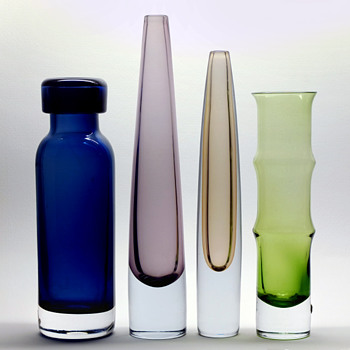 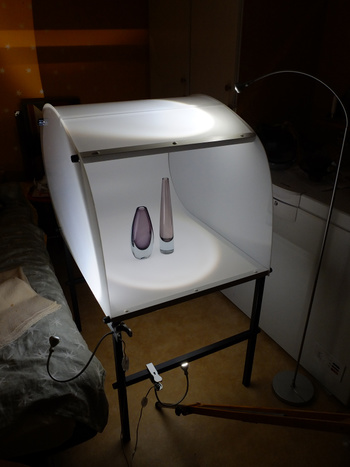 But who designed the vase is a mystery. I have never seen the model in Strömbergshyttans range before but would guess that it's a 60's product? Rune Strand was a designer at Strömbergshyttan 1963-68 and I would not be surprised if this model is designed by him? But it can of course also be Asta Stromberg. Gunnar Nylund, I think less of in this case.