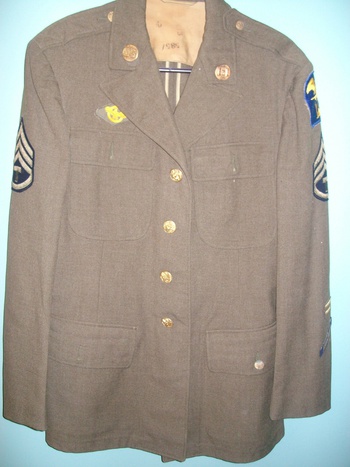 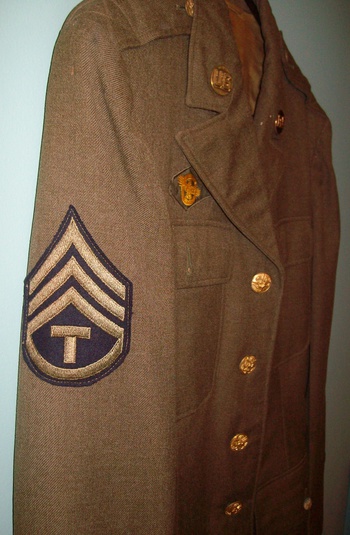 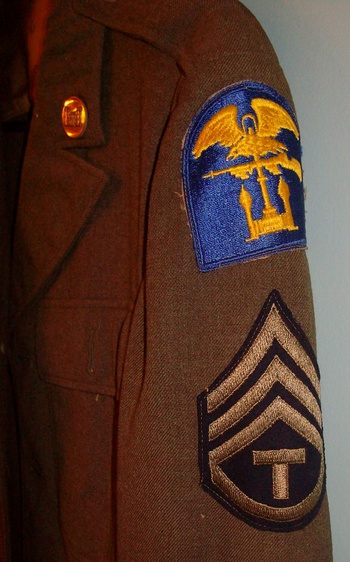 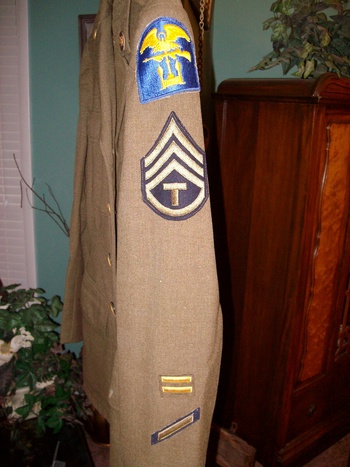 This was my dads. he served in the U.S. Army under Douglas MacArthur in the Philippines. He was part of the Bataan death march, caught jaundice, went from 190lbs down to 78lbs. Very nearly died but because of a fellow soldier he made the march, was then nursed back to health and continued the fight until "V.J. Day" (victory over Japan) As you see he made the rank of Sargent and was an excellent marksman and was briefly involved with a sniper unit. I have all of his other medals and ribbons and such but they are in the vaults at the bank. Maybe I'll dig them out and share them at a later date.