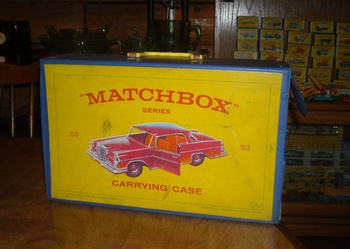 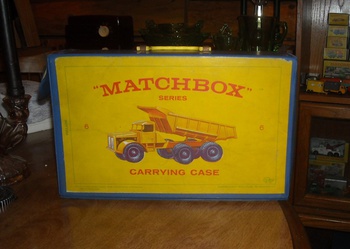 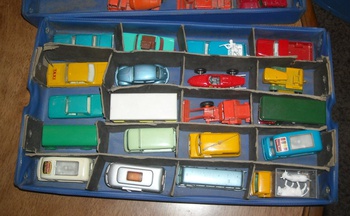 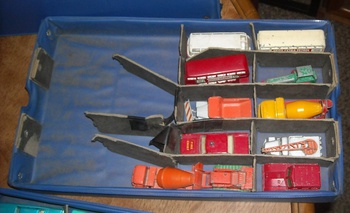 Had to do a bit more antiquing as I was still not satiated after the Rose Bowl. This is my one find. A 1965 Matchbox Carrying case which seems to be the earliest of their carrying cases. As the Lesney Company who made the Matchbox cars did not have the equipment to make a vinyl case they had the Fred Bonner Company make them.
As you can see they used cardboard dividers for the cars but these were a bit fragile. As one had to slide the trays in the cardboard dividers would get caught and get damaged. Later cases used plastic trays.
I loaded it up with vintage cars, those did not come with the case.