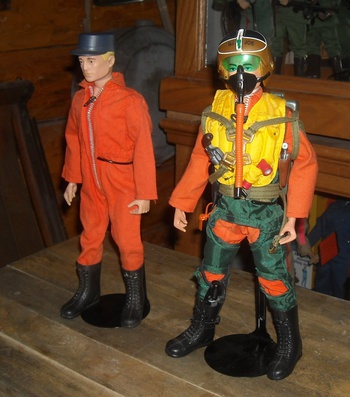 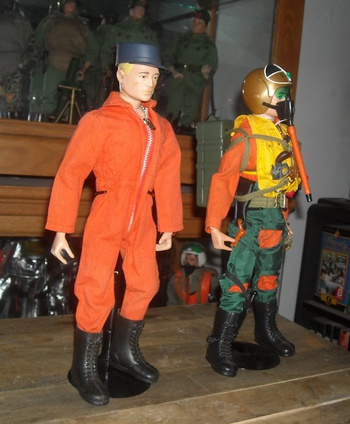 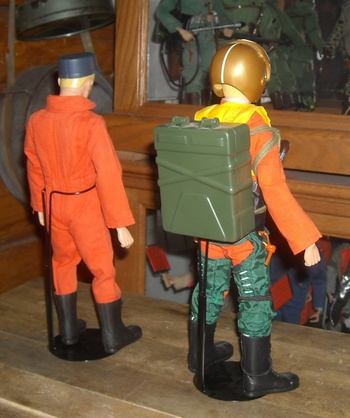 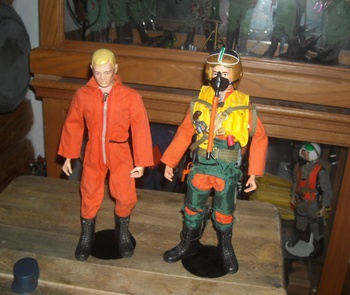 The GI Joe Fighter Pilot set was released in 1967. Ealrier sets were based on the 1950s when former WWII pilots were going about in subsonic planes. This set has a G suit, improved helmet and survival vest with accessories. It also came with a semi working parachute. I have the parachute around somewhere but they didn't work very well. The Fighter Pilot set was repackaged in the 70s for the Adventure Team.
The basic figure is a 1964 issue Joe. A super clean figure. I think I will try and find an original box for him.