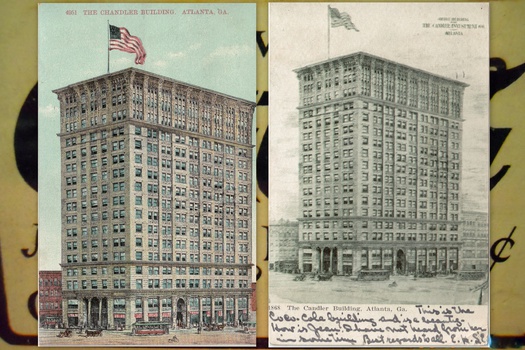 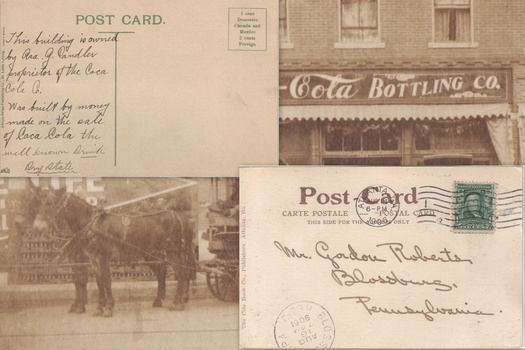 Picked up an interesting 1920-ish postcard that depicts the Candler Building in Atlanta. It's a variation of my earlier version postmarked 1906, which is the year the building opened as Asa Candler's banking and Coca-Cola Co. headquarters. The nickles were rolling in faster than could be counted.

The 1920 card on the left has a higher quality, color print. Same scene with a few differences. Unused with fabulous hand written description on the back (fun fact: Georgia had statewide prohibition from 1908 to 1935). Front is mis-titled by maker as "The Chandler Building", oops.

$7 eBay BIN and I've already easily squeezed that much fun out of looking at it.

Happy Thanksgiving to you good collectors and your families. Many blessings.