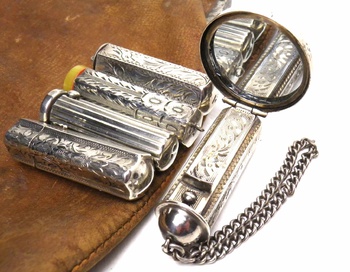 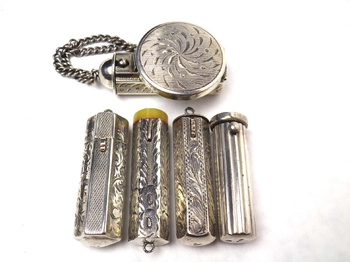 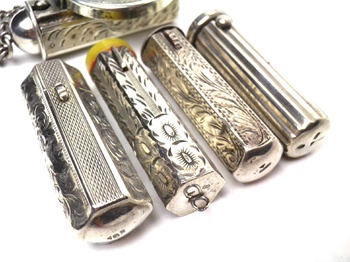 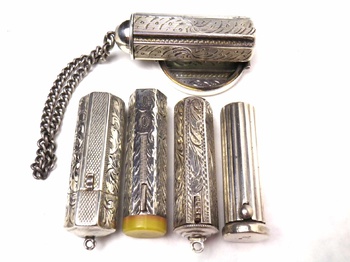 Some silver beauties from prewar Bohemia.
Very nicely engraved lipstick holders are made of solid silver with hand
engraved floral motives and nice guilloche pattern.
They are marked with Czechoslovak Assay marks and makers mark S1P and JB for Hugo Freund´s Primosa company master jewellers.
The company was originally established as Hugo Freund Prague in 1907. In 1923 the company have considerably expanded and changed name to Primosa Prague. They became the most important Czechoslovak producer of high-end fine silverware of all kinds.
The company was confiscated by Nazis in 1940 because Hugo Freund was Bohemian Jew. He was probably murdered later in some concentration camp. After WW2 Primosa company was nationalized and became part of Kovotep Prague. Some of Primosa master jewellers and many of original workers survived WW2 and were active until late 1950´s within Kovotep company.