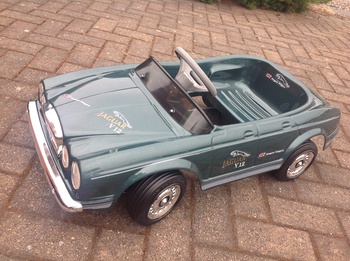 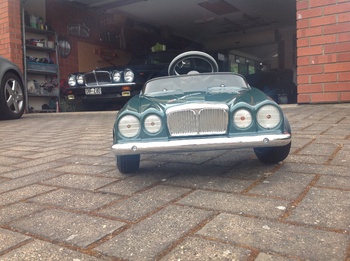 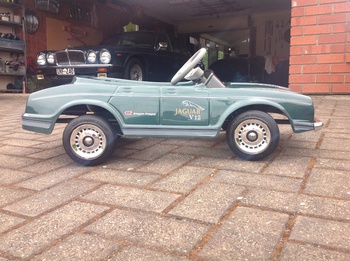 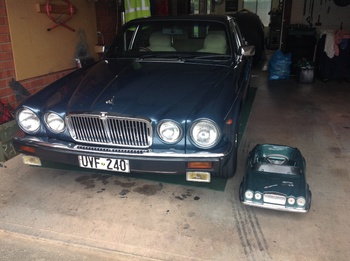 Hi
I have just received this to add to my collection.
This is pedal car is based on the 1980s Jaguar as you can see the 1984 XJ6 in the photos along side or in the background is quite similar

The best I can make out is that the car was sent to Germany when new and in 2003 was sent to England and in December 2014 sent to me is Australia.

Unfortunately the box which was as best as I can tell, was original, was wet though, it must of got moisture in between the bubble wrap and the box when or in transit and it stinks, so is of no use but to bin it. I have taken photos for my own records of its travel however.

The pedal car had never been put together till now and I unpacked it and gave it a wash and an air as it was not a nice odour.
Luckily enough it was well packed in transit so not damaged.

This will travel with its big brother to car shows and should make an interesting talking point.