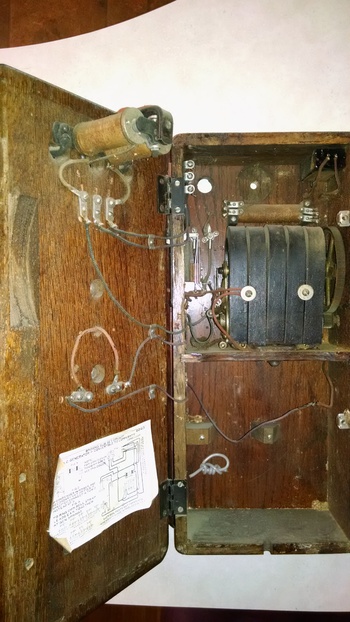 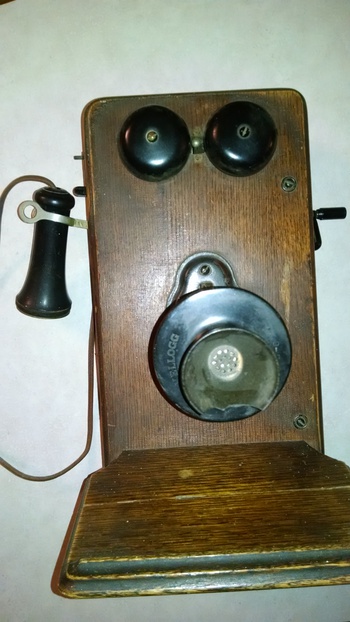 This old Kellogg phone came from my grandfather's farmhouse, belonging first to my grandfather and then my father who continued to operate the farm for a number of years after my grandfather passed away. When my father no longer farmed, and moved to town not long before I was born, he took the phone with him. Unlike most "old" things, he did not simply get rid of it and I am very grateful for that. It's been hanging on a wall as decoration in my parent's house ever since. I believe it is from approximately 1927 and I suspect nothing's been done to it once it became simply a decoration. It has now passed to me to continue its care. It appears to be all original, the good and bad, and is missing only the receiver cap (aside from dry cell batteries that I believe could have been inside). The transmitter cup has a "bite" taken out of it. The shelf was broken when it was still in use and "fixed" to continue on its utilitarian purpose of the time. I'd like to restore the phone as much as possible without making it too "new" and am wondering if anyone has any suggested techniques for revitalizing the finish of the wood, bells, etc. Is there a good product to take off grime, splattered paint on the edges, etc, that won't actually strip it down? Thanks for any suggestions as I really want to keep as much of the history with it as possible since it's been in my family its entire life. 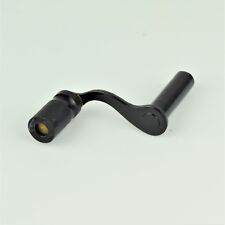 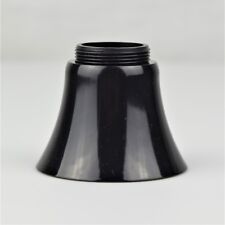 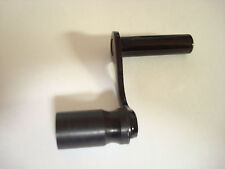