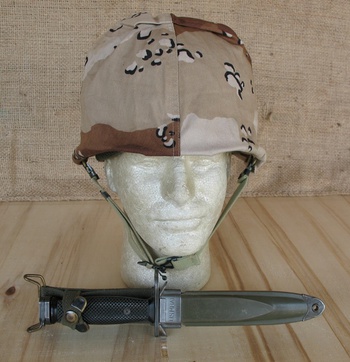 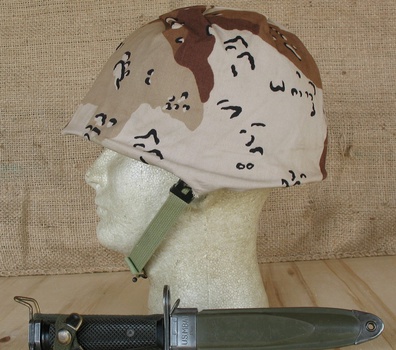 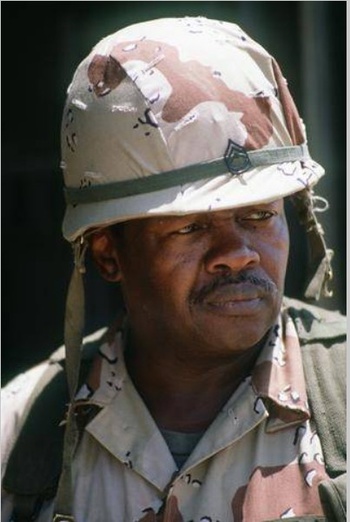 The term "chocolate chip" is a nickname for the six-color desert camouflage pattern originally developed by the United States in 1971.

The design was primarily influenced by conditions encountered in the rocky deserts of California, with the nickname being applied by US soldiers who saw a resemblance in the scheme to chocolate chip cookie dough, a favorite American confection (baked or otherwise). The original design consisted of blotches in two shades of mid-brown over larger areas of sand & tan, dotted with smaller "rock" shapes printed in black & off-white.

This camouflage pattern saw its heaviest production between 1981 and 1991. It was worn initially by US military personnel serving in the Sinai, but its most prevalent use was during Operation Desert Shield/Storm (the Persian Gulf War) and later in deployments to Somalia.

Field experience showed that the design actually had limited effectiveness in many of the barren, sandy deserts of the Persian Gulf and North Africa, and beginning in 1991 it was replaced by the three-color desert pattern. Never the less, the original six-color design gained popularity with many nations, and has spawned a vast assortment of derivatives using different color schemes.