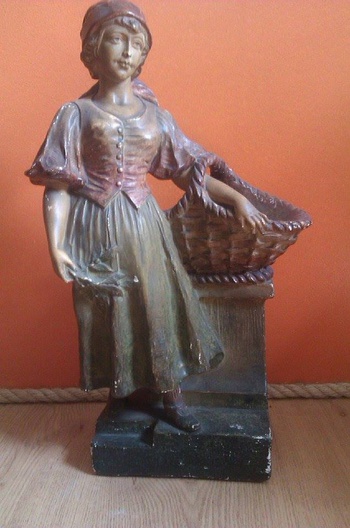 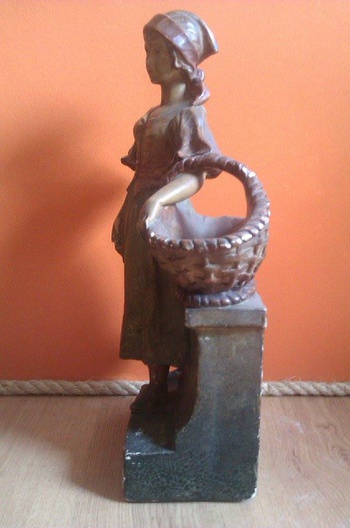 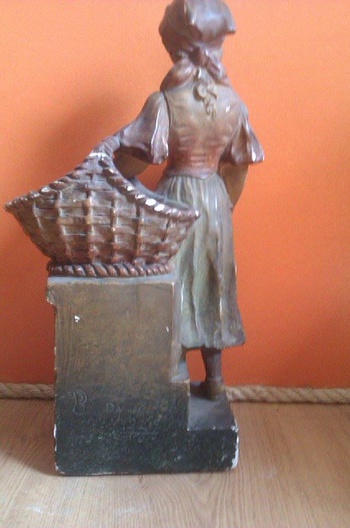 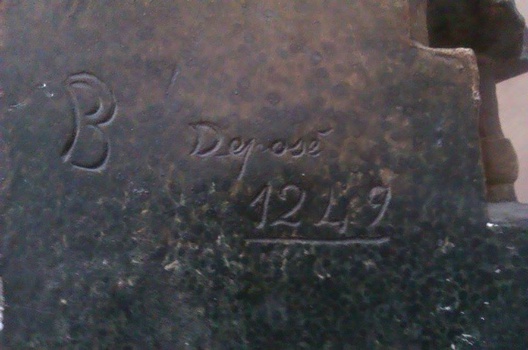 It seems to be old. Strange marks on the bottom. Height 48 cm, depth 20 cm
Does anyone know who made and how old it may be?