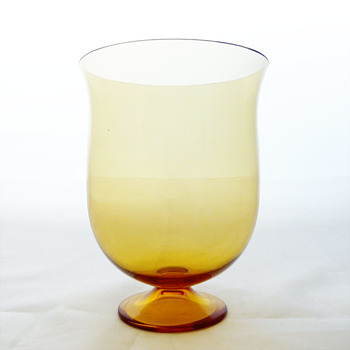 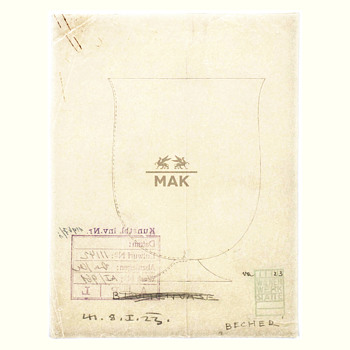 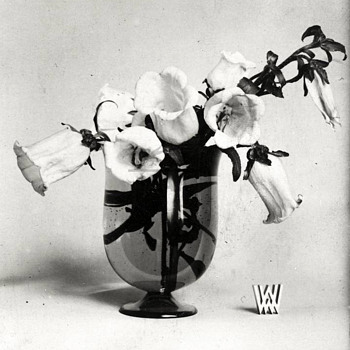 Yes, the Hoffmann family is growing. Just like when you keep eight cats at your place it’s easy they will soon became 18 or 20, for us having a couple of Hoffmann items is the cause for them multiplying (although not at cat-breeding speed).

This very simple vase which stands 14,4 cm. tall, is a typical work of Hoffmann and the Wiener Werkstatte at the beginning of the 1920s. In fact, it was available at the Wiener Werkstätte shops between 1923 and 1926. The most remarkable thing about it is how purely drawn it is. The shape is simple and beautiful, and quite representative of the period, depicting an actual flower: the campanula medium (Glockenblumen in German). Although we’ve seen them attributed to Johann Oertel (Haida) at the MAK website they appear as made by an unidentified Bohemian glassworks to which the Wiener Werkstätte commissioned its production.

On Pic.2 you can see the original design for this vase which is kept at the MAK in Vienna.

Pic.3 shows a promotional photography of the vase holding the campanulas that have the very same shape of the vase.