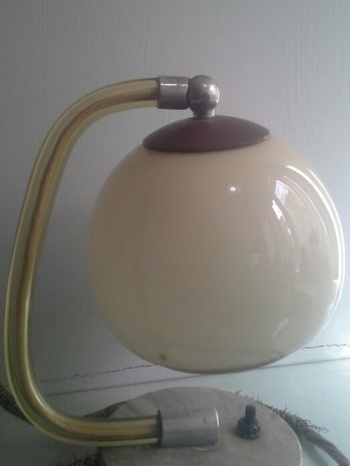 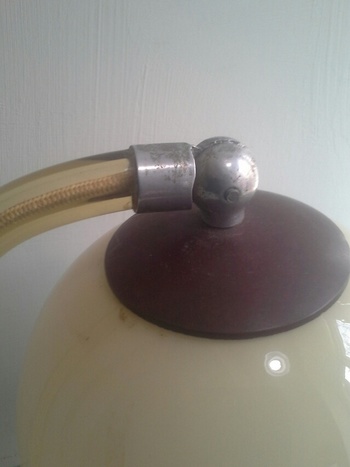 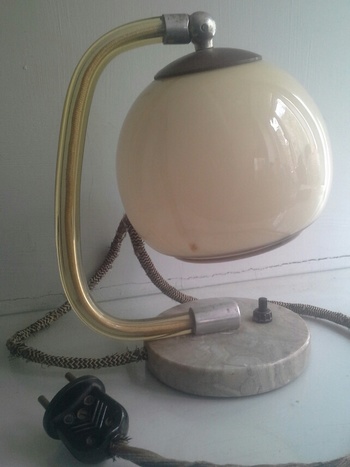 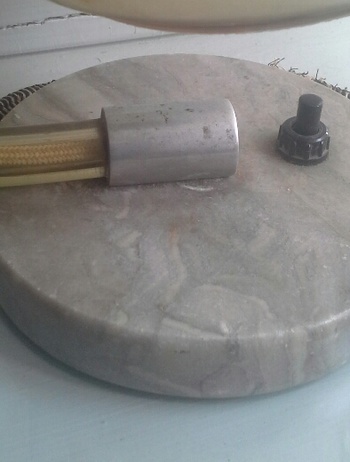 this is a, at least as far as i know, rare early bedside lamp with a hollow blown glassneck, in which you can see the old textile covered electric wire, between a solid marble foot and a bakelite mounting with a mouthblown glass lampshade. It was manufactured by the "Hohlglasveredelungs und Beleuchtungsindustrie-Genossenschaft "Kunstglas" Arnstadt".
Arnstadt is located in Thuringia in the middle of the former GDR and "Kunstglas Arnstadt" has been founded in 1946 by glassblowers who has been displaced from czechoslovakia because of beeing germans short after world war II. it is possible that parts of the lamp has been made by the lightning company "Helion" which has been located in arnstadt as well. the marble base and the bakelite mounting for example might be by "Helion Arnstadt"